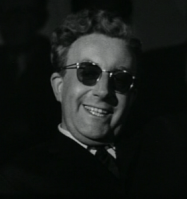 A few quick references for the War Chapters-

Location: Between Antionum and Jershon, northeast of Zarahemla.

Causes: After the Zoramites separated from the Nephites, they entered into a correspondence with the Lamanites. War was precipitated after many of the Zoramite working class defected from the city of Antionum, having been converted by Alma and given refuge in Jershon.

Tactics: Buildup of troops on the border between the lands of Antionum and Jershon, followed by Lamanite attempt to flee, Nephite pursuit, and battle at the river Sidon.

Results: Important use of innovative armor; Zoramite men all took an oath of peace never to attack Nephites again.

Locations: Ammonihah, Noah, and the east seacoast near the narrow neck of land.

Causes: Political ambitions of Amalickiah, a Zoramite in Zarahemla, who dissented from the Nephites. He seized an opportune moment to rebel at the time of Alma’s departure and Helaman’s succession (see Alma 46:1). Amalickiah defected with a few Nephite leaders and, after becoming king of the Lamanites, recruited large armies from the land of Nephi.

Tactics:  Strike against what were thought to be the weakest parts of the land of Zarahemla.

Results: Amalickiah defeated, but he swore to return and kill Moroni. Never was there a happier time than the brief period immediately following the war (see Alma 50:23).

Location: Throughout the land of Zarahemla.

Causes:  Return of Amalickiah, coinciding with the armed revolt of the king-men and his brother Ammoron’s assumption of Lamanite kingship. Initial Lamanite successes in the east and west were partly attributable to the king-men issue at home.

Results: A very costly Nephite victory. These wars were evidently hard on the Nephite rulers, for Helaman, Moroni, Pahoran, Shiblon, Corianton, and others were all dead or gone by Alma 63.