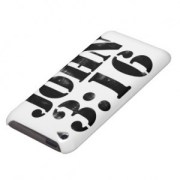 I’m a big fan of religious music. Some, at least.1

The religious albums currently in heavy rotation in my house:

Dave Douglas Quintet, Be Still. Dave Douglas is a jazz trumpeter. Be Still includes several songs his mother picked for him to play at her funeral, including “Be Still My Soul” and “God Be With You,” both found in our hymnbook. This album, though, isn’t exactly jazz; it’s got its jazz roots, of course, but also folk and bluegrass and Americana and other influences. Aoife O’ Donovan (singer in the bluegrass band Crooked Stills) sings on a number of the songs. And it has a beautiful, floating, ethereal sound. The band is wonderful, and coalesces around beautiful melodies and improvisations, but it never feels like it belongs on earth, and it never feels weighed down by earthly concerns. It took a few listens to fall in love, but, between the backstory, the song choice, and the execution, it may be the most powerful album of religious music I own.

The Sabre Rattlers, Twixt Me and the Peaceful Rest. In the late ’90s, early 2000s, all the rage at BYU seemed to be pop-punk bands covering hymns and (especially) Primary songs.2 Man, was that annoying. Mark Abernathy and his The Sabre Rattlers are a perfect counterpoint to that. Mark arranges and sings several songs from the LDS hymnbook in a number of Americana styles, from piano-based boogie to classic country. And it works. It doesn’t sound like he’s trying to shoehorn songs into a genre because he knows that particular genre; instead, the album feels like he picked the songs, tore them apart to discover their essence, and rebuilt them focusing on that. Plus, the album just rocks. The arrangements, the musicians, his voice. Except when my iPod dies, this is the soundtrack of Sunday mornings driving to church.

Why Not Sea Monsters? Songs from the Hebrew Scriptures and Songs from the New Testament. I’ve mentioned before that I love Justin Roberts. He’s a great kindie rock musician, creating worlds that combine a kid’s imagination with an indie/punk rock aesthetic. It turns out that Roberts discovered his gifts as a kid’s musician as he did graduate work at the University of Chicago Divinity School, where he studied the philosophy of religion. Most of his music is secular (and awesome), but he has released two albums of music based on scriptural stories. The melodies are catchy and Roberts is a master wordsmith. And, for my money, his songs capture the essence of scriptural stories way better than almost any other religious music I’ve heard.

So what do you listen to when you want to listen to religious music?3

← Summer Seminar 2013: Workings of the Spirit and Works of the Priesthood
Mormon of the Year candidates from this past summer? →