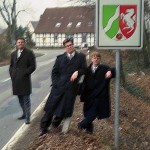 Lowering the missionary age will have little effect in and of itself. Whatever you might think of the critical period hypothesis—the idea that learning a second language becomes more difficult after a certain age—18/19 is still so far past any proposed critical period that lowering the age by one or two years won’t make any positive difference.

What will have an impact—and what’s still not known—is how much the reduced age of service affects the stage of life when people choose to serve. Many American young men have until now started their missionary service after two semesters of college, giving some of them access to college-level foreign language instruction. The quality of high school-level foreign language instruction in the United States is uneven; there are some excellent programs, but also many spotty ones. Foreign-language instruction is much more consistent at the college level. A semester or two isn’t a lot, but it’s enough to provide a solid foundation in a language’s basic structure and vocabulary, and to get a sense of how differently other languages work and what it means to learn a foreign language. Those are helpful even if the mission language ends up being different than the classroom language. If most young men start leaving before college, that preparation will be lost. How much will that matter? It’s hard to say. Perhaps it won’t matter all that much.

The most significant impact, however, affects young women. At 21, many have had time to complete much or even all of a bachelor’s degree, sometimes including significant foreign language coursework. In a mission composed largely of young men, these women can provide an important core of more mature and motivated missionaries who provide examples of high-level language proficiency and, often, foreign-language instruction for other missionaries. Reducing the number of these highly proficient missionaries might have a substantial effect.

If this is a concern, there are some possible steps to consider.

But what I’d really like to see are two different options.

Whether any of these ideas are worth pursuing depends on a lot of things, including how important you think language proficiency is to missionary service. Personally, I suspect it’s more important than we sometimes think. The approach to teaching in Preach My Gospel relies much more than the older discussions on adapting and personalizing the material to be taught, which requires very high level language skills. Proselytizing methods are shifting as well. Convincing church members to open their social networks requires an extraordinary degree of confidence in the missionaries, and people form judgments about other people, including foreign missionaries, based on their command of the language. Missionaries whose grammar or accent or vocabulary or usage or cultural skills are off-key will have a harder time gaining that trust. Given the changes that the missionary program is undergoing, I assume there’s someone in the missionary department right now who’s anxiously looking for ways to raise missionaries’ language proficiency at the same time their ages are dropping.

48 comments for “Missions and language training”