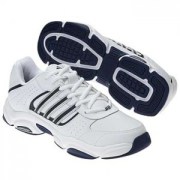 I met Tigre pretty soon after arriving in my second area. He was a solid man, all muscle but his midsection. As I got to know him, I learned that both his muscle and his gut were well-earned. The muscle because Tigre taught karate for a living, and owned his own studio. The gut? You have never seen such a mountain of rice, covered with an avalanche of beans, as this man ate for lunch.

Tigre had been baptized a few weeks before I arrived in the area. On my first Sunday there, in fact, after church, he baptized his two sons (whom he knew were getting baptized) and his wife (whose baptism he discovered only when she walked out dressed in the white baptismal clothes, and you should have seen him glowing).

As a result of his joining the Church, Tigre soon lost about half of his karate students, whose parents, I suppose, didn’t want their kids associating with a Mormon. It was a real financial sacrifice to Tigre, one, I’m sure, he didn’t want to make, but one he made willingly nonetheless.

One Sunday, when Tigre had been a member for maybe a couple months, our branch president was out of town. For whatever reason, we combined part of our meeting (maybe the third hour? You’ll have to forgive me—it’s been a long time) with the other ward, and that ward’s bishop taught the lesson. I remember very little about that lesson except this: he explained that it was unacceptable to come to church in tennis shoes, because he knew that tennis shoes could be expensive, and if a member could afford tennis shoes, he could certainly afford dress shoes.

The lesson hurt Tigre. Hurt him enough that we couldn’t convince him to come to church the next Sunday. The Sunday after that he was back, wearing dress shoes, shoes that he probably couldn’t afford, and shoes that were unnecessary to his salvation or his church standing. Shoes that almost became an unnecessary stumbling block for a new member who had already willingly made sacrifices that he couldn’t control.

Forgive me, because now I’m going to become didactic and preachy. Tigre deserves to have his story told because it is an incredible story and because he and his family are incredible people. But I’m also telling his story to talk about women wearing pants on Sunday.

Look, there may be a woman/women in your ward Sunday who are wearing pants. And it may be because they are Feminists Who Want to Bring Down the Church Into an Anarchic State.1 Or she may not own a dress. Or her pants may be dressier than her dresses and skirts, or her 6-month-old may have spit up all over her last clean dress or she may be pointing out that the gendered expectations in the Church are troublesome or that the air conditioning is up too high.2

But the thing is, you don’t know. Seriously. What you do know is, she’s a beloved daughter of our Heavenly Father, a beloved sister of yours, and somebody you (and I) have been commanded to love. As best as I can tell, Jesus’ prayer that his disciples (and, by implication, we) become one made it their (and our) responsibility to find unity, not to force others to unify to us.

And so, this Sunday, in memory of Tigre and in solidarity with my sisters and brothers in the Church and because it’s an awesome tie and because my daughter gave it to me a couple years ago for my birthday, I’ll be wearing a purple tie.

← Faith is a Work in Progress
Wearing Pants →

26 comments for “A Mission Story: Tigre”