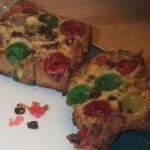 As others have noted, Mormonism does not have much of a liturgical year, and the role of holidays in Mormon theology is quite attenuated. I propose we designate the first Fast Sunday in January as Purgation Sunday.

The purpose of Purgation Sunday would be to bring closure to the holiday season with a day dedicated to reflection on the past weeks of celebration, repentance for excessive consumption, and regret for about 90% of the things we ate between Halloween and New Years. After celebrating the birth of our Savior at Christmas, all holiday decorations must be removed from view by the Saturday before the first Sunday in January—Purgation Eve—in order to acknowledge the tackiness of most portrayals of the birth of the Savior, not to mention to remove the fire hazard slowly crumbling in the living room. On Purgation Sunday, we would give our bodies the opportunity to let the candy corn, cranberry sauce, cranberry dressing, cranberry pudding, glazed ham, pecan pie, funeral potatoes, artificially flavored candy canes, and every ounce of that fruit cake we mindlessly consumed while watching a bowl game work their way out of our system.

In some families, parents would tell their children stories about Anti-Santa Claus, who travels the world in his magical sleigh and gathers up toys from boys and girls who are sick of playing with them already. As children nestle in their beds tossing restlessly with the sick feeling in their stomach that says School starts tomorrow and Blue candy canes are a crime against nature, parents could collect toys that were lovingly given barely a week ago but you really knew it was one present too many at the time and if you step on it in your bare feet once more you’re sending it straight back to the store—and box them up for recycling through their favorite thrift store or local charity so that a child who actually appreciates it will get to use it. People might make a special effort to bake the last leftover brownie mix and put the whole batch out on the porch, untouched, while ward members who suspect that someone needs a special favor will secretly grab them so that those who are distressed at this special time of the year won’t even have to look at a pan of brownies for another six months at least.

Unlike previous Sundays, families would wake on Purgation Sunday and prepare absolutely nothing. Children who are too young to fast could be met with the merry cheer of, “Eat a bowl of cereal if you want something. Just stop whining about it already!” After church services, families could return home to a casserole dish full of nothing, while parents would invite their children to search the fridge for whatever they wanted if they’re hungry, but they’re pretty much on their own. Purgation Sunday is a day for setting the phone to go straight to voice mail in order to avoid contact with the beloved family members that you saw, like, three days ago and can’t they deal with it themselves just this once? Bishoprics and ward auxiliary organizations could be encouraged to avoid scheduling activities so that people can sit down and watch some TV for once, because after two months of non-stop parties and refreshments, we are ready to suck candy canes to a fine point and gouge our eyes out with them if we have to attend one more activity.

There are already several hymns in our hymnal that could be adapted for Purgation Sunday worship. For example:

Mormonism is a relatively young religious movement. While we might still experience holy envy for the rich feast cycles and liturgical years enjoyed by other faiths, in time we will develop holidays that are Mormon in every way.