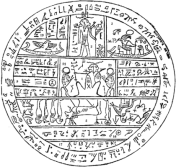 There is a Church History Conference at BYU March 7-8 entitled “Approaching Antiquity: Joseph Smith and the Ancient World” (see details below). I find two things interesting about this conference:

1. The structure of the conference itself. The Church History Department and the BYU Department of Religion are co-sponsoring the conference, and while most of the lineup consists of BYU Religion professors there is also a significant lineup of non-BYU scholars, including Richard Bushman, Matt Bowman, and Kevin Barney. This strikes me as something different than I might have expected.

2. The content of the conference. To date much of the discussion about Joseph Smith and the ancient world has been a polemic between those who see Joseph’s knowledge and use of ancient themes, symbols, practices, and the like to be clear evidence of divine intervention, and those who see Joseph as a crafty religious plagiarist, creatively selecting a la carte from the various ancient studies resources he came across in early 19th century America. Again, the content of the conference appears to be taking a different tack.

If nothing else, this conference strikes me as another sign that Elder Snow (who will speak at the conference) is following in the footsteps of his most recent predecessor as head of Church History. Once again, while Bro. Arrington may have lost some key battles, it looks like he won the war.

Richard E. Bennett (Church History, BYU), “‘To The Most Learned Men of this Generation’: Martin Harris and His Visits East, 1828” (25min)

Lincoln H. Blumell (Ancient Scripture, BYU), “What has Palmyra to do with Jerusalem? Joseph Smith and the Writings of Flavius Josephus” (25min)

Special Musical Number, “If You Could Hie to Kolob”

David F. Holland (History, UNLV), “Joseph Smith and Antiquity: Points of Contact between the Prophet and the Ancient Sources” (50min)