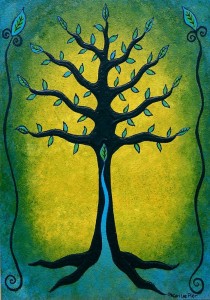 Not long ago I wrote a piece about mommy blogs, feminism, and the publishing industry. My basic thesis was that if you believe in the reality of historical oppression of women, you ought to be deeply skeptical of the current trend to define gender equality as equal representation of men and women in institutions which are inextricably connected to the historical oppression. To the extent that women have to conform to the expectations of those institutions, our haste to create a better world for women may in some cases be doing the exact opposite. I realize that part of the argument is often that the institutions need to change, but in practice the benchmark one hears is simply “how many women CEOs are there?” and not “how successfully have we reformed corporate culture to be accepting of women?” The benchmarks don’t matter if they aren’t measuring the right thing.

It turns out that there’s some solid research to back the theory that looking for equal representation in all institutions may actually be anti-feminist. In a paper for the Journal of Personality and Social Psychology, researchers conducting a cross-cultural study of 55 nations found that:

The researchers proposed that this “unintuitive result” could be explained by “personality traits of men and women being less constrained and more able to naturally diverge in developed nations.” In other words, given access to greater freedom, men and women differentiate more rather than less. (The entire article is fascinating, and I found a full-text pdf here.)

This research should not be confused as a defense of the status quo. That there are very real problems of gender equality is beyond reasonable dispute. (My wife, a PhD student in computer science, sent me yet another depressing example this weekend.) What it emphasizes is the extent to which equal representation is not an intrinsically legitimate goal. Free to follow their own inclinations, men and women make systematically different choices. This means that in a truly free society, we would not expect to find a 50/50 male/female split across the board.

When it comes to secular institutions, the most troubling realization is that the greater the focus on women’s equality (as opposed to gender equality generally), the more harm may be done to women. For example: I hear quite a lot about the dearth of women in engineering or science fields, but much less about the need to get men into elementary education. (Note: not “nothing”, but “much less”.) Thus, the reflexive desire for a 50/50 representation can inadvertently result in attempts to masculinize women, or at least to hold women’s success hostage to masculine expectations.

This is not, in and of itself, an argument against ordaining women. For starters, the Church is not a secular, man-made institution. In addition, the fact that some gender disparities are the result of free choice doesn’t imply that all of them are. But when it comes to ordaining women to the Priesthood, I have two specific concerns.

The first is that a logical endpoint would be a substantial reduction in the meaningfulness of gender within Mormon theology and culture. This problem is not necessarily insurmountable. If the priesthood became truly gender-neutral, then perhaps a male equivalent to the Relief Society could be formed. The priesthood would be shared, and each gender would retain an individual institution.

The second problem is, to me, much deeper. Implicit in the word “priesthood” is maleness. It strikes me as very strange indeed that those who seek to ordain women are looking for access to the priesthood instead of a priestesshood. In this, the parallel to the secular mistakes of gender equality are manifest: the hasty search for equal outcome privileges masculinity at the expense of the feminine. 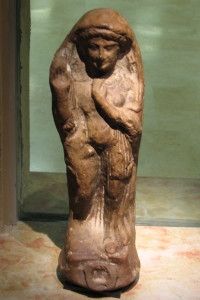 I think a clear-eyed approach to the question must acknowledge that the maleness of the priesthood may have to do with its source: Jesus Christ and ultimately Heavenly Father. The Priesthood is sometimes defined as the power to act in His name. Why would women seek that out, instead of a power to act in Her name?

According to the Mormon conception of priesthood authority, every Mormon priesthood holder can trace his priesthood lineage (in theory if not in practice) back to the source. And that source is male. It seems to me that seeking this authority for women may necessarily involve turning their backs on Heavenly Mother.

Of course this is easier said than done. We have so very little revealed about Heavenly Mother, and the access to the Priesthood seems so tantalizingly close. It’s right there. I don’t know why we know so little about our Heavenly Mother (although I have some ideas), and I’m troubled by it, but I don’t think the reaction can be to simply forget Her entirely because she is presently more distant.

This attitude is also reflected, in my mind, in the way that motherhood is casually equated with fatherhood as though the grammatical parallel necessarily implied some deep, metaphysical equality. It does not. The intimate biological connection between mother and child–a truly marvelous and deeply costly miracle–starts at conception and continues after birth. It is an intimate mingling of bodies and selves, the equivalent of which no man can ever know. Its effects are profound, far outlasting the nursing stages of young childhood: No young man, dying of his wounds on a foreign battlefield, cries out for his father. In our deepest pain we always seek out our mothers.

(In fact, I wonder if one reason for the relative remoteness of our Heavenly Mother is that Her proximity might counteract the Veil. Home is where mother is, after all, and if leaving home is essential to this phase of our existence, a temporarily diminished relationship to our Heavenly Mother may be an unavoidable aspect of it.) 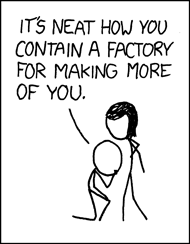 A light example of the supremacy of motherhood over fatherhood.

That the supremacy of motherhood over fatherhood is based in biology should not be debasing if, as Alma told Korihor, “all things” testify of God, “even the earth, and all things that are upon the face of it.” On the contrary, as Valerie Hudson argues, biology is prior to priesthood. The grand purpose of the Church, after all, is to unite all human beings into one unbroken chain of family relationships. From that perspective, it is the role of mothers that is central, and the role of the formal Church—including the priesthood—that is auxiliary.

I am not actually suggesting that motherhood is the equivalent of the priesthood and therefore there’s no reason for change. I think it’s obvious that motherhood is not the equivalent to fatherhood, but I am not at all certain that it could be the equivalent to priesthood. In our current understanding of the terms, it doesn’t seem to be. What I’m suggesting is that our search for equality ought to involve a reconsideration of the terms and institutions available to use as opposed to merely a reapportionment of what we have before us. It also ought to embrace the reality of sexual dimorphism in God’s creation. Viktor Frankl said this about human individuals:

If all men were perfect, then every individual would be replaceable by anyone else. From the very imperfection of men follows the indispensability and inexchangeability of each individual

The logic could apply to gender as well, however. Rather than perfection of imperfection of individuals, it could be the complementarity (that is, the existence of differences) of genders from which each derives its independent and equal value. A world of complementary equality (which is not the world we live in today) seems more theologically and psychologically satisfying to me than a world of exchangeable sameness, and ordaining women to the priesthood does not seem to move us in that direction.

57 comments for “Giving Up On The Feminine Divine”