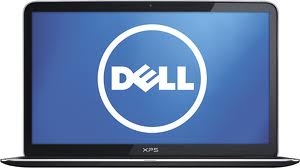 Last week, as the PC market faced DOOM!, Dell had a potential buyer, Blackstone, back out.  While that was not particularly interesting to me, what happened next was.  Another investor, Oakmark Funds, sold their 24.5 million Dell shares.  To quote:

A “potential acquirer with access to non-public information decided to end its quest to acquire Dell at a higher price. Since they had information we didn’t, we believed it was prudent to assume they might be right. So we sold our stock and will put the proceeds into other stocks that we are more confident are undervalued,” said Bill Nygren, co-portfolio manager of the Oakmark Fund…

Blackstone, in their private dealings with Dell, likely saw things that Oakmark could not.  And what Blackstone saw freaked Blackstone out.  Oakmark took that as a signal that now was a good time to not own 1.4% of Dell.

This is a great example of a person recognizing his own ignorance and then leveraging the fact that, even though he doesn’t know all he’d like, he knows a person who does know more.  So he follows that person.  Given that we want to do what God wants us to, but we don’t actually know how to do that very well, a pretty good chunk of the Church is tied up in giving us information on how to do that.  Hence, prophets, prayer, scriptures, parents, etc.

(1)  Is that “blind obedience”?  Not at all.  Oakmark acted based on the best available information, eyes wide open.  More than wide open, in fact, because they were using both their own information and someone else’s.  So four eyes wide open.

(2) Note that Oakmark did not just follow anyone.  They picked the person who they thought had the best incentives and the most information, then followed their lead.  In general, that can be a pretty smart strategy.  That’s also why the Church makes clear who has the keys to speak for the Church.  And why we have a law of witnesses and confirming revelation.

(3) When evaluating how heavily to weight someone else’s decisions in your own choices, the key is not their “infallibility”.  The key is their relative knowledge compared to your own.  Hence it is silly to argue that one should not follow the prophet because prophets are fallible.  Of course they are. 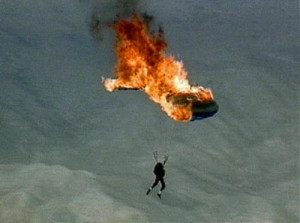 But that’s like saying you don’t wear a parachute because you read a book about all the times parachutes failed.  Parachutes may not be perfect, but they’re still way better than you flapping your arms real fast.

(4) That last example reminds me of this super-awesome children’s book you should get.

← So, how many missionaries will be serving next year?
Literary DCGD #17: A Satire on Avarice →