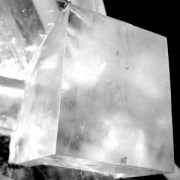 In 2009 I helped found Salt Press. This past week I helped close its doors.

I graduated from high school in 1994. At the time, I wanted two things. I wanted people to think I was smart and, especially, I wanted to play basketball. So instead of taking an academic scholarship, I took an offer to play basketball for the University of Pittsburgh at Bradford.

I had every intention of returning to Bradford and basketball after my mission. But one of my roommates was in love with a girl and this girl had left for BYU. My roommate (not, at the time, a Mormon) convinced me to drive out over spring break. So we drove across the country, twice in one week, and once I’d seen BYU (and the girls), I decided that some things interested me even more than basketball.

I spent two years as a missionary in Albuquerque.

I started at BYU in the Fall of 1997. I signed up for classes sight-unseen and picked a COMLIT 201 class (a comparative literature version of the standard GE history of civilization course) taught by Larry Peer. I didn’t know what I was signing up for but I fell in love, both with the class and with the girl sitting behind me. Peer would skewer some ridiculous idea we’d had and, while the rest of us politely smiled and studied our shoes, her laughter would ring out like bells from the back of the room.

I asked her out and, soon, I met her roommate, Jenny Webb. Jenny was a comp lit major and, as a result of COMLIT 201, so now was I. The girl and I married in December 1998. Jenny was our maid of honor.

Jenny gave me a copy of Annie Dillard’s Holy the Firm. While she was in Uruguay on her mission, I sent her a copy of Kierkegaard’s Practicing Christianity. We took Heidegger classes from Steven Sondrup and rhetoric classes from Terry Butler. And I learned something about how to read a poem.

In 2001, my wife finished an MS in Zoology, I finished my BA in Comparative Literature, and I started grad school in philosophy at Villanova. I switched to philosophy because I wanted to study with Jack Caputo. I earned my MA in 2003 and, sprinting, my PhD in 2005.

I wrote my dissertation about “grace” in contemporary French philosophy. Wanting to build a bridge back to BYU, I asked Jim Faulconer to serve as an outside reader on my dissertation committee. I spent a long lonely summer, without my family, teaching for Religious Ed at BYU, holed up in an apartment writing my dissertation all day every day for some 70 days, and, on the side, I got to know Jim.

I took a full-time position as a professor of philosophy at Collin College, a community college in the suburbs of Dallas in the Fall of 2005 and, from scratch, rewrote my dissertation as my first book, Badiou, Marion, and St Paul: Immanent Grace.

In 2006, I got a note from Joe Spencer, a student of Jim’s, inviting me to join an email list (LDS-HERM) he was starting. The idea was to clear some space where big, brawling, technical discussions of Mormon ideas in the context of Continental phenomenology and hermeneutics could unfold. Those early discussions generated a lot of heat and light and, for the most part, involved Joe, Jim, Robert Couch (who, at the time, was a finance professor at BYU cribbing Continental philosophy on the side), and me.

After a few years, we were family. Who else would spend months with any one of us talking about Lacan and the sealing power, or Heidegger and the nature of revelation, or Badiou and the Book of Mormon as a truth procedure?

And, then, after a few years, we wanted to try something public. We founded the Mormon Theology Seminar and piloted a seven-person, seven-month-long online seminar on Abraham that offered close, collaborative, theological readings of the Abraham narratives in Genesis, the Book of Abraham, Kierkegaard’s Fear and Trembling, and Derrida’s The Gift of Death. The project was beautiful, but too ambitious by half.

For a second try, we narrowed the scope of our seminar to just a single chapter, Alma 32, dropped the philosophy readings, and contracted the scale of time to just three months. Jim, Joe, Robert, Jenny, Julie Smith, and I were the participants. This seminar was, I think, an unmitigated success and it culminated in a conference at BYU in 2008.

We wanted, then, to find a publisher for the collection of conference papers. We knew the project was too narrow for a typical academic press, so we tried the Maxwell Institute. The manuscript was declined and so we decided to try the publishing business ourselves. We wanted to stake out ground for the kind of work we were doing at the intersection of theory and scripture, we wanted to do it our own way, and we wanted to offer solid evidence that, in practice, our approach was not only possible but potent.

The timing was excellent and several factors contributed to the possibility of even trying. (1) In 2009, for the first time, it was possible to outsource, at minimal cost, the work of actually printing the books we planned to solicit, edit, set, design, and publish. (2) Jenny, in addition to finishing her MA in Comp Lit at BYU, had started her own editing business and had the skills and software we needed to design and set our own books. (Note: All of Salt’s really phenomenal design work was done by Jenny. Bonus note: Jenny also did the fantastic cover design for my book Rube Goldberg Machines.) (3) We knew we had not only the Alma 32 collection but future Seminar volumes in the pipe to provide some baseline content until outside work could catch up and start rolling in. And (4) we had an ace in the hole: we knew we had Joe’s groundbreaking manuscript, An Other Testament: On Typology, sitting in a desk drawer, begging for a place to call home.

Salt Press was granted a business license in 2009 with Joe, Jenny, Robert, and myself listed as its owners and managing editors.

An editorial board, mostly for the sake of moral support and academic legitimacy, was put together. The editorial board consisted of Brian Birch, Richard Bushman, John Caputo, James Faulconer, Terryl Givens, Kristine Haglund, Grant Hardy, Heather Hardy, Eric Huntsman, Daniel Peterson, Naomi Sloan, and Julie Smith. In the composition of the board, we aimed for a broad cross-section of interests and parties. Their collective, initial vote of confidence was invaluable.

In December 2011 we published An Experiment on the Word: Reading Alma 32 (edited by me) and Reading Nephi Reading Isaiah: 2 Nephi 26-27 (edited by Jenny and Joe). The next month, in January 2012 we published Joe’s book, An Other Testament.

It was an exhilarating and busy time. That same spring I also published Rube Goldberg Machines: Essays in Mormon Theology with Greg Kofford Books (extending, I think, the reach of our approach into a second venue) and finished work on my fourth book, now forthcoming with Fordham University Press, called Speculative Grace: Bruno Latour and Object-Oriented Theology.

However, in May 2012, Jenny was in a serious car accident and suffered injuries that, a year later, still hamper her. The next few projects that might have taken weeks or months were now going to take a year (or more) to complete as Jenny recovered. (In this respect, Robert, Joe, and I simply weren’t worth much as publishers without Jenny’s skills.)

This spring, as we geared back up for business and as Jenny put the finishing touches on our fourth book, Jim Faulconer’s The Doctrine and Covenants Made Harder: Scripture Study Questions, the Maxwell Institute approached us about the possibility of a merger.

The Institute’s pitch was straightforward: we have resources and you have content. Let us take over the resource-intensive work of actually publishing and distributing the kind of content you’ve championed and you can return your full attention to the work of creating and soliciting that same kind of content.

It was an offer we were happy to take. (You can read the Institute’s official announcement here.)

To this end, all four of our current titles will be republished by the Institute under Brigham Young University Press or Maxwell Institute imprints and some ten of our contracted or forthcoming titles will be recontracted with the Institute. These forthcoming titles will shortly include Postponing Heaven: The Three Nephites, the Mahdi, and the Bodhisattva, by Jad Hatem (trans. Jonathon Penny), Apocalypse: Reading Revelation 21–22, edited by Julie Smith, and The Book of Mormon Made Harder: Scripture Study Questions, by Jim Faulconer.

In addition, the owners and managing editors of Salt Press (Jenny, Robert, Joe, and I) have been asked to serve as the first four members of the Maxwell Institute Press Mormon Studies Editorial Advisory Board, which will individually and collectively function in an editorial acquisitions and advisory role for the Institute’s Mormon studies list.

And, further, Joe and I will be named co-editors of a future book series for the Maxwell Institute Press titled “Groundwork: Studies in Theory and Scripture.”

“Groundwork,” I think, is a good name for what we’ve been trying to do all along.

(You can read Salt’s own official announcement about these developments here.)

We’re excited, then, about the future of Mormon Studies.

We’re excited about the resources being brought to bear on our tiny slice of it.

We’re excited to return more of our attention to our own individual projects.

We excited to work on expanding the quality and reach of the work done by the Mormon Theology Seminar. (Four seminars are now complete with two concurrent seminars on 2 Nephi 2 and Genesis 2-3 running this spring. A joint conference for these last seminars is planned for June 7-8 at UVU.)

We’re excited to solicit your work, for the Institute in general and for the “Groundwork” series in particular.

And, above all, we’re grateful for whatever part you’ve played in any or all of the above.

← Joseph Smith and the failure of the Reformation
God and Galaxies →