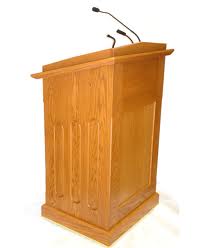 As a child in the 80s, I remember often feeling a low-level dread. Not constant, not to the extent that it interfered with enjoying life, but the dread of a Cold War child that, any minute, the happy world I lived in might be destroyed in a hail of nuclear fire.[fn1]

It didn’t have anything to do with my parents, who didn’t spend any significant amount of time talking about the risk of all-out war. And I don’t recall talking about it at school or at church. But it kind of underlay the culture, emerging not infrequently from the 6:00 news. And then, of course, in 1989, that fear began to crumble.

Sadly, fear returned in 2001, and we (meaning, myopically, we in the United States) now live lives of heightened awareness of tragedy, awareness that a person with a bomb or a gun can emerge in the most unexpected places and shatter the peace that we enjoy.

I don’t want to comment on the tragedy in Boston; like many people, I’ve watched it in impotent sadness on Twitter and other places on the web. I mourn for those who have been hurt or killed, who have lost friends and loved ones, but I don’t have anything helpful or insightful to bring to the table.[fn2]

Just not in Sacrament meeting.

I don’t want them to be afraid of one-in-a-million events about which they couldn’t do anything anyway.

For what it’s worth, we have two hours without children where we can process and work through the horror from a Mormon perspective. And I think we should use that time. Just not Sacrament Meeting.[fn3]

[fn1] That said, at least we didn’t do duck-and-cover nuclear drills in school; in Southern California, our duck-and-cover drills were earthquake-related.

[fn2] Well, except maybe this: “We actually have all the power here, and there’s one thing we can do to render terrorism ineffective: Refuse to be terrorized.”

[fn3] Two last things: I think there probably are some wards where it would be appropriate for Sacrament Meeting speakers to address, explicitly and head-on, Boston. Wards in Boston, for example, and singles wards leap to mind.

Also, I don’t present this as normative parenting advice. You may have told your children about the bombing; I don’t see any problem with that. I’m just relating the way my wife and I have chosen to raise ours.

24 comments for “This Sunday’s Sacrament Meeting”