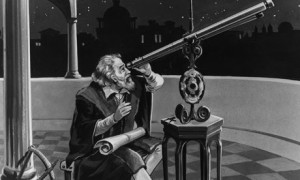 On a recent long drive, I listened to all 12 lectures of a Science and Religion audio book by Professor Lawrence Principe of Johns Hopkins. A topic of personal interest (see my earlier T&S series here, here, here , and here), the science-religion issue should also be more of an interest to LDS scholars and apologists in general, given the role that science, scientism, or a mixture of the two often seems to play in the thinking of young Mormons who choose to exit the Church. My sense is that most people pick up from the media or general education a rather naive view of the relation between religion and science, and that nothing taught in the LDS curriculum does anything to remedy the situation. It is certainly a topic that deserves more attention and better coverage. On this topic, we are failing our youth.

Here are a few ideas that emerge from the lecture series, followed by an application or two to Mormonism.

1. The Conflict Model is simply wrong. Popular culture and media often depict science and religion as necessarily in conflict, suggesting that historically religion opposed science but that modernly science is now displacing religion. The author explains how this influential model, embraced by zealous New Atheists and religious fundamentalists alike, is simply wrong. It is founded on the faulty and now quite dated scholarship of John William Draper and Andrew Dickson White published a century ago. The Conflict Model may advance some agendas but it is not an accurate reading of the relation between religion and science or of the historical record.

2. Both science and religion incorporate faith and reason. The popular story ties faith to religion and reason to science. The author points out that Christian theologians and thinkers have employed careful reasoning about God and doctrine since the beginning of Christianity, and that science employs a mode of faith in adopting a set of assumptions or presuppositions that frame scientific inquiry. The author also notes Augustine’s doctrine of the unity of truth (there is not one truth for religion or the supernatural world and another truth for science or the natural world) and the doctrine of the two books (the Book of Scripture and the Book of Nature: we need to study both books). Religion needs and uses reason as well as faith.

How might we profitably apply these ideas to Mormon religious education? First, the Conflict Model is alive and well at CES. I think this is a legacy of the thinking of Joseph Fielding Smith and his son-in-law, but it is strengthened by the absence of scientists in the senior leadership of the Church since the mid-20th century. The strong presence of natural science programs and research at BYU balances this to a certain extent, but that has very little impact on the vast majority of Latter-day Saints who have no contact with BYU and for many BYU students who have little contact with the science faculty. How about a lesson in the Gospel Doctrine manual on this theme: “Both the study of the scriptures and the study of the natural world lead to truths about God and the Universe.” Or maybe: “Testimony built on faith and reason.”

Second, I think we need to recalibrate the faith and reason mixture in Mormonism. The standard LDS approach to many faith issues now borders on fideism. This was not where we started out. Over the years, the LDS doctrine of continuing revelation went from a means of updating, revising, restating, and expanding LDS doctrine to a conviction that no LDS doctrine can be updated, revised, restated, or expanded (or at least it cannot be publicly acknowledged that this occurs). Somehow we need to spray a little doctrinal WD-40 into the mechanism and get the gears moving again.

In theory, the LDS view of God and the Universe is quite open to the views of science; in practice, a different mentality prevails. I’m not sure whether it is the curriculum materials, seminary and institute culture, general Mormon culture, or hints from the General Conference pulpit that are responsible for this development, but it seems to be hurting us, not helping us, in the ongoing task of educating our youth and retaining our membership both young and old. What has your experience been with faith and science discussion inside Mormonism?

53 comments for “Science as Friend or Foe”