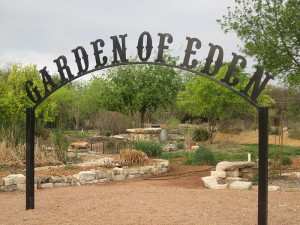 Nibley is serious about Zion; you can tell that Zion is central to his religious practice and identity. As such, his ideas demand and deserve serious engagement; I hope that I give them their due here. Now that I’ve read my first chapter of Approaching Zion, a couple more caveats before we get started. First, I’m not going to bother summarizing what Nibley said. Instead, I’m going to try to engage it, responding to ideas that engaged me, whether I agree or disagree. Second, I’m not going to try to engage with the full text; in Chapter 1, there were two things that really spoke to me, and one more that I’m going to mention and defer until a later installment. Feel free, in the comments, to engage with what I’ve engaged with, what I’ve said, or something else in the chapter that you feel needs to be responded to. With that, let’s go!

Nibley emphasizes the importance of beauty. Beauty, he tells us, is one of the two words most commonly used to describe Zion; moreover, beauty leads to joy (the other most common descriptor). I love this idea of beauty first, of an aesthetic God, one who not only wants us to return to Him, but who wants us to revel in the process of returning. Beauty, in Nibley’s view, is an end in itself.

We talk about beauty at Church, at times. But I’m afraid, in my experience at least, we’re not good at creating beautiful sermons and lessons. Instead, we prioritize the conveying of information, without being too concerned about the vessel in which we convey the information. There are exceptions, of course: Elder Maxwell was known for his alliterative phrases and carefully-chosen words. But that’s not the rule: our lessons and talks are functional, not beautiful.[fn1] Maybe, though, if God privileges beauty, and if Zion is beautiful, we should put more effort into making our contributions to our Sunday meeting beautiful.

In one of the houses I lived in on my mission, there was a collection of old Ensigns that I used to read through. One article I remember traced the history of the concept of Zion in the Church; I think it presented four definitions, ranging from the early Church, which was looking for a literal location for Zion, to contemporary Mormon thought, where Zion is the pure in heart/anywhere a Stake is organized.[fn2] And that corresponds pretty well to my upbringing in the Church.[fn3]

Nibley is definitely not of this school of thought. For him, Zion is a very real, very located place.

I don’t know if I’m convinced that Zion has (or, in any event, will have) a physical location (as opposed to current Mormon thought that Zion is the pure in heart, wherever they are); if it will, though, I think Nibley’s wrong about how it will look. In Nibley’s view, Zion is a primordial, paradisiacal place. Zion is a return to the Garden of Eden, a return he sees Adam attempting as soon as he leaves the Garden. Zion, in Nibley’s view, is “a return to a former state of excellence” (11), a state he illustrates by suggesting that his listeners go to the Utah canyons and look around (7).

I get this impulse. I love to hike in Torrey Pines, overlooking the ocean, or in the Smoky Mountains. Nature reserves, Central Park; there’s something amazing about going into nature (whether it’s natural nature or man-made). And I get why Nibley would focus on nature: like the rest of us, he was beholden, at least in part, to his experience. He grew up in Portland (which, though I haven’t been there, I’ve been told is beautiful), and lived in Provo starting in 1946 (at a time when it was a whole lot more natural than it is today—my parents, who were at BYU in the late 60s, tell me even then it was relatively rural, and that there was empty land dividing Provo from Orem). But that’s not Zion.

In Moses 7:18-19, we read that Enoch’s people were one in heart and mind, and Enoch built them a city which he called Zion. Note that he built a city; he didn’t try to reconstruct a pastoral Garden of Eden.

Moreover, the early Saints were not some kind of proto-Thoreauian transcendentalists, seeking spiritual enlightenment alone on the banks of Walden pond.[fn4] No, they gathered and built divine cities, hoping that one would be accepted as Zion.

And cities, it seems to me, are well-placed for creating a Zion community. You can’t retreat from your neighbors; you have to somehow get along. I often get along imperfectly, of course, but I’m not (yet) a Zion person and Chicago is not (yet, at least) Zion. Still, Chicago may be my last best hope to become better, to get my heart and mind in the right place.[fn5]

To some extent, Nibley’s need for a pastoral Zion comes from his concerns about environmental harms that seem to undergird human endeavors and progress. We use up—waste—what the Earth has to offer to get rich, but for every hundred years we use up, we give back one. Basically, he’s talking about negative externalities;[fn6] he seems to suggest that in Zion, negative externalities would no longer exist. I wonder, though, if they go away because every resident fully internalizes the costs of what he or she does, or if they just stop bother people because, in Zion, we willingly bear the additional costs imposed on us by our neighbors’ actions. That is, do negative externalities go away, or does a Zion society just not care about them?

A handful of other quick reactions/thoughts from this chapter:

[fn1] To some extent, this focus on substance rather than form reminds me of a conversation I’ve had any number of times with my oldest daughter. She asks me what mosquitos are good for. That their existence is, itself, a good thing isn’t a concept she gets. So I try to come up with a purpose they serve. (The best I’ve got is they’re food for frogs, which she likes, but she points out there are plenty of gnats and flies and other bugs that don’t suck our blood to feed the frogs.)

Not, of course, that I’m suggesting that mosquitos are beautiful.

[fn2] I spent about fifteen minutes fighting the lds.org search and ended up not finding the article. I know it was in the Ensign, and I probably read it in mid-1996, so it’s probably from the first half of the 1990s, but that’s the best I can do. And lds.org doesn’t seem to let you narrow your search to a particular magazine, much less a date range.

[fn3] Well, except for my seminary years, where, for whatever reason, I seem to have gotten the idea that, in some sort of post-apocalyptic world where we didn’t have cars or electricity anymore, we’d have to walk from California to Jackson County, Missouri. I don’t know where I got electricity and cars not working, but oh well.

[fn5] As a side note, Nibley also discusses Babylon, which he implicitly associates with cities. When I lived in New York, tourists bearing testimony or commenting in lessons always thought they were clever when they invoked Nephi’s Great and Spacious Building, as we who lived there  rolled our eyes. Because, as anyone who’s lived in a New York apartment knows, the buildings may be great, but they certainly aren’t spacious. Also, that’s huge misapprehension of Nephi’s dream.

[fn6] Negative externalities occur when somebody gets the benefit from something but doesn’t fully internalize the costs. Pollution is kind of the classic example: my factory builds something that I sell; I get the whole benefit from the sale of the product, but the environmental cost (that is, the smoke that goes into the atmosphere) is borne, not just by me, but by everybody.

[fn7] Seriously: he only spends a sentence or two on professions in this essay, while others address it much more head-on. I’ve already deleted a fairly extensive footnote addressing it, and I’m afraid my mention is going to threadjack my own post. I really do just want to flag this issue for discussion in some later post, when it’s more germane to Nibley’s thesis.

← A Canning Statement from the Church
Stewards of Prudence and Altruism →

21 comments for “The Approaching Zion Project: Our Glory or Our Condemnation”