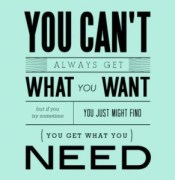 You can find links to all of the previous installments of the Approaching Zion Project here.

This chapter (understandably) overlaps significantly with the previous chapter, Gifts. These are, after all, discourses he delivered at various times, to various audiences, with common themes. I’m reading them separately, though, and different things hit me at different readings. So, like always, I won’t discuss everything Nibley focuses on (and I’ll try to not spend too much time on things I’ve discussed previously). With that out of the way, on to the chapter.

Nibley spends a lot of time with a metaphorical free lunch. It’s an image I don’t want to worry about too much here (because it comes back, possibly with a vengeance,[fn1] but it’s nonetheless central to his idea of gifts. Essentially, Nibley argues that we shouldn’t spend too much time worried about getting wealth because everything we have is a gift. Rather than strive to be wealthy, then, we should ask God and rely on His generosity to provide us with the things we need.

Relying on God for our necessities, though, is problematic in a number of ways. The first, and perhaps most significant, is that He doesn’t always give us what we ask for. That is, there are poor people in the world, there are people who do not have, and cannot access, basic necessities, including food, clean water, housing, and clothing. I assume that some portion of these people are good people who believe in God and ask Him for food for their children. And at least some portion of this portion of the poor do not get it.[fn2]

That’s not to say God doesn’t keep his promises; he has not, however, promised to sustain us temporally. We don’t believe in the Prosperity Gospel, or, for that matter, the Basic Necessities Gospel. Which means that counting solely on His gifts to sustain us risks both disappointment and hunger.

Which leads me to a second, less-consequential, but still real, risk: that, by merely asking, we feel entitled and fail to recognize the sacrifices of others. As a member of the Church in the U.S., there is a significant chance that your necessities will be met. We benefit from a number of social safety nets: government assistance, Church assistance, and, when possible, familial assistance.  If we believe that all we have to do is ask God, we risk failing to recognize the sacrifice that others make to provide the redistribution that sustains us. That is, government assistance is largely funded by taxes, taxes that diminish the portion of an individual’s income that she takes home and consumes. Church assistance is largely derived from fast offerings, which, again, represent real sacrifice by those who contribute. Ditto familial assistance.

I’m not knocking any of the three—I like safety nets. But if I were to rely solely on God’s graces, I potentially miss the help that others provide.

I’m not, btw, saying that Nibley advocates ingratitude toward our fellow people. But such ingratitude is a risk we face if we decide not rely solely on the gifts of God, and He doesn’t grant those gifts.

It’s also probably worth mentioning that such redistributive social safety nets are possible only because somebody managed to accumulate—through work or gifts—enough to support herself and help support someone else.

Nibley starts the chapter talking about evolution and creationism.[fn3] He mentions that some take the view that evolution is sufficient to explain everything, and thus God (or a god) is unnecessary. And frankly, I’ve always been more comfortable with the idea of God mostly standing back and letting things run as they will. The problem, as I detailed in a talk I gave a while ago, is that God won’t always fit my model. If you’ll forgive me, I’m going to copy in a little of that talk (with apologies if I’m ever in your ward: I have every intention of recycling this talk someday):

A theodicy is a response to the question of evil. Broadly, it is an attempt to reconcile the existence of an all-powerful, all-knowing, all-loving God with the existence of evil in the world.

And we believe in an all-powerful, all-knowing, all-loving God: the first page of the first discussion, from back when I was a missionary, said, “Deus é perfeito, conhece todas as coisas e é Todo-Poderoso.  Ele é também misericordioso, bondoso e justo,” basically, “God is perfect, knows all things, and is all-powerful. He is also merciful, loving, and just.”

It’s not an easy problem to solve; the term “theodicy” dates back to a 1710 book by German philosopher Gottfried Leibniz, but philosophers and theologians have been struggling with the problem since at least Augustine, and perhaps much longer.

And though it’s a philosophical question, it’s also an intuitive one. In popular Mormon discourse, we don’t often talk about the question of evil. Still, it’s one that many of us encounter; I remember fairly distinctly a discussion in Brazil where the man with whom my companion and I were speaking said that he couldn’t believe in God, because of all of the suffering in the world. How, he asked, could an all-powerful God permit innocent people–children, even–to suffer.

At 19, I didn’t have the experience or maturity to comprehend the depth of his question. As I’ve gotten older, though, I’ve wrestled with the question. And I’ve found a solution that works for me.

The problem is, my solution demands a quasi-Deistic God, a God who created the world and, after creating it, rarely interferes, instead letting it run according to the laws of nature. A God, in other words, who wouldn’t answer our insignificant prayers.

It’s worth noting that, if I’m a philosopher, I’m only a philosopher of the tax law, so I’m allowed to be a little squishy; clearly, as a believing Mormon, I believe that God manifest Himself to Joseph Smith, that He restored various parts of the Gospel, that He answered President Kimball’s prayer to allow all worthy men to receive the priesthood. But He clearly wouldn’t answer prayers of less import, helping me find my contacts. Or sell my apartment. Or find a place to live.

But He did. Which destroys my theodicy, but also provides me comfort.

Which is to say, I believe that God gives us gifts when we ask. Sometimes, at least, and in spite of the fact that he doesn’t give gifts to everyone who asks whenever they ask. I’ve received these gifts at times in my life, some truly and deeply essential to my well-being, and some decidedly more frivolous.

So Are We Really Dependent on His Gifts?

That said, we need to recognize that some significant portion of our success isn’t the result of our hard work. Sure, we can move up and down in the economic world, but the economic position into which we’re born is pretty sticky. That is, though people do change economic quintiles,[fn4] fewer move up or down than we would expect if our economic destiny were dependent solely on our hard work, not the conditions into which we grew up.[fn5]

And, if we take a global look at wealth, those of us who were fortunate (or gifted) enough to be born in an OECD country have almost no risk of falling into real, global-level poverty; OECD countries have social safety nets that both protect us and allow us to take risks while limiting our downside risks.

So what do we do with the idea that some significant portion of our temporal well-being is the result, not of our hard work, but God’s gifts? According to Nibley, two things: first, he says, “God wants us to be under obligation to him; he wants us to feel our dependence on him at all times: on a day-to-day basis: ‘Give us this day our daily bread’ (Matthew 6:11). This is the manna; they could not do business with it.”

Second, when we recognize our dependence, He wants us to forgive our debtors in the same way He forgives us.

Nibley also brings Jesus into this. The best gift, of course, is eternal life, a gift that we can’t even pretend that we could earn on our own. Instead, “Jesus Christ bought it for us: he paid the ransom price, he redeemed us when we could not redeem ourselves, and he gave us eternal life as a free gift. He has taught us how to qualify for the gift, but the gift itself we could never earn by our own efforts.” And when we receive the gift, we need to not despise it by making it secondary to something we work for ourselves.

[fn2] I know, theodicy. I’ll address it in a thoroughly unsatisfying manner in the next section.

[fn3] He’s not a fan of extreme belief in either, it turns out.

[fn4] Why focus on quintiles? I really don’t know, except that’s the data I have access to.

[fn5] I’m not saying there is no Horatio Alger, or that our work has no impact on where we end up. I am saying, though, that things over which we have no control play a significant part in how successful we are temporally, whether we want them to or not.

[fn6] This idea definitely merits more time than I’m giving it, but I don’t have time to address it carefully in this post. I’m sure, though, that it will reappear in a future chapter.

← No. Not maybe. Not “We’ll see. I think I can do that.” Just no.
“Rediscovering the World of the Old Testament”- A Report →

32 comments for “The Approaching Zion Project: Deny Not the Gifts of God”