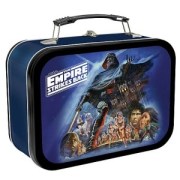 As summer ends, my time to engage with Nibley’s social criticisms has begun to return. Of course, I say that the week before classes begin, so a couple things I want to point out before we get started: first, this is a long, detailed chapter. Even if I didn’t have class prep to do, I couldn’t engage with everything he says in a blog post. Instead, I’m going to pick out a couple things that stood out to me and respond to them. If there are other points that speak to you, please feel free to raise them in the comments. (Also, I apologize if I don’t engage directly with your comments—the first day of class’s approach isn’t going to slow down to let me be fully involved here.)

Second, I’m trying to engage Nibley’s ideas both positively and critically. I haven’t determined yet if there’s an optimal order (criticize first, then praise? praise then criticize?). Nibley’s social thought deeply enriches Mormonism. But he also gets things wrong. I’m trying to walk the line of adopting what enriches while rebutting what doesn’t. I hope I manage that line.[fn1]

And now, on to substance:

Over the course of these essays, Nibley has come back to the story of his fellowship a number of times as evidence that we can work, not for wages, but merely for work and that, moreover, we can have a free lunch. But rather than just describe, I’ll let him tell the story:

And about work? I once had a university fellowship for which I had to agree not to accept any gainful employment for the period of a year—all living necessities were supplied: I was actually forbidden to work for lunch. Was it free lunch? I never worked so hard in my life—but I never gave lunch a thought. I wasn’t supposed to. I was eating only so that I could do my work; I was not working only so that I could eat. And that is what the Lord asks us: to forget about lunch, and do his work, and the lunch will be taken care of.

This story, though, doesn’t do the work the Nibley wants it to do. Because he was clearly working for lunch (and, by lunch, Nibley clearly means compensation). That he didn’t get paid in cash doesn’t decrease the compensatory nature of the arrangement. Most of us are paid with a combination of cash and non-cash compensation. The bulk of my compensation is, of course, cash, but my employer also provides insurance. My family can take college courses at Loyola for free; I could join the university’s gym at a subsidized rate. Occasionally at faculty meetings, the school actually provides lunch itself. All of those things are compensatory and, though I prefer that most of my compensation come in cash form (because cash is fungible, and I can choose how to spend it), if I negotiated instead that the school pay my rent directly, and let me bill my groceries to it,[fn2] it would, nonetheless, be compensatory.

It’s possible that I’m misreading his intent; maybe he means that his compensation (=room and board) weren’t tied into his production of anything specific. That’s certainly possible, but that’s the rule with most salaried creative professionals.

Which is to say, his lunch was never free; he bought his lunch with the hardest work he had done in his life. Sure, he never gave lunch a thought, but, given the same arrangement, but with a cash grant instead, I suspect he would have been equally focused on his studies and still not given lunch a thought. The important thing (with which he would agree, I suspect) is where our heart and mind are; to the extent that lunch (=consumption this time) is our driving goal, rather than building Zion and the kingdom of God, we’ve got a significant problem.

And, in Nibley’s defense, the problem he’s fighting against is a real and a difficult problem. It’s easy to platitudinously declare that we worked for and that we deserve the wealth that we have, without acknowledging that our wealth is based, in large part, on the luck of our being born where and when we were and that ultimately, all wealth is derived from gifts given us by God.

A Defense of Cash

Nibley is deeply distrustful of cash (though he doesn’t seem as concerned about, for example, barter). He views cash as oppressive of the poor, causing them to starve while the rich live in opulence.[fn3] He talks of the apostles’ mission to England, where Brigham Young, et. al, saw “people were literally starving to death in the streets, while many in the city were living in the greatest opulence.” The factories were closed because of a harsh winter, and the “money [the workers] had saved up by their diligent toil was suddenly worthless—it is money alone that gets you lunch, mere work is not enough.”[fn4]

A counter-narrative: This summer, my family went to the Ingalls Homestead in De Smet, South Dakota.[fn5] De Smet is the town where the Ingalls family ultimately settled; it’s the setting of, among other books, The Long Winter. (Warning: the rest of this section will likely include spoilers from the book. If you plan on reading it, you may well want to skip to the next section. Also, if you do go to De Smet and go on the Ingalls tour in town, be aware that the guide will tell you the end of The Long Winter, which my wife and I hadn’t quite finished when we went on the tour. So maybe finish the book before you go.)

In The Long Winter, the town of De Smet faces on-and-off blizzards for about eight months. The trains with necessary supplies can’t get through a snowed-in pass, and every time the pass is cleared, another blizzard arrives. What’s worse, it’s the first year of the town, filled with homesteaders whose first year of crops is necessarily small.

We see the Ingalls family slowly eat through the food they have, until they only have wheat and potatoes left. Then the potatoes are gone, then the wheat. At this point, the townspeople’s’ money is truly worthless; there is no food left to purchase, even for those who have savings.

(Okay, here are real, significant spoilers. If you haven’t read the book and don’t want to know what happens, seriously, skip ahead.) In the end, the town hears rumors of a homesteader 20 miles away who grew a crop of wheat. Almanzo Wilder (Laura’s future husband) and a friend go in search of this possible store of wheat. They find the homesteader, who doesn’t want to sell because it is his seed wheat for the next year. Ultimately, Almanzo convinces him to take $1.25 per bushel (I think—I don’t have the book in front of me). There was no labor Almanzo and the town could have done for the homesteader to directly pay for the wheat—it was only through the medium of a fungible store of value (that is, money) that the deal could be done and the town could avoid starvation.

Nibley is deeply concerned about the exploitation of labor by capital. He tells the story of 19th-century Scottish mines, where children worked, where the owners were unconcerned with the children’s health or comfort, and even relaxed rules about working on Sundays so that they could produce more coal.

We can laugh about his example: child labor isn’t a concern any more (at least in the U.S.). But even here, even today, working conditions can be exploitative.

Contra Nibley, I assume that, if we establish Zion today, its economics will be fundamentally capitalist. Not because capitalism is the economic structure of heaven, of course, but because, as Lucas and Woodworth convincingly demonstrated, the forms of consecration that the Church has instituted have always related back to the underlying economics of the time.

But capitalism does not function well with full employment. Without turnover, businesses can’t find employees and generally can’t expand. Zion, though, demands no poor. A capitalistic Zion society, then, would need to have a strong social safety net to support those who, at any point in time, are unemployed, specifically so that there are no poor. How would such a safety net work? I don’t know—there are several possible designs, including comprehensive private charitable transfers and government redistribution. The important thing is, individuals in a Zion society cannot be too attached to their possessions, because Zion requires some degree of redistribution.

[fn1] Oh, one more thing: I don’t have the book in front of me, so I can’t give page number references when I cite Nibley this time. Everything I do cite will be from the online chapter here.

[fn2] Actually, I’d almost undoubtedly lose that negotiation, if only because can you imagine how big a pain that would be administratively?

[fn3] More on the rich/poor divide in the next section.

[fn4] See? He doesn’t like the mediation that money provides—he would, presumably, prefer that people’s labor directly translate into their necessities. A couple problems with that include storing excess value provided by labor, valuation, and the ability to work in one place while obtaining goods from several sources.

[fn5] Which, by the way, is really awesome, especially if you have a couple kids who’ve read all or many of the Little House books and walk around for two days in their pioneer dresses, aprons, and bonnets. And, if you go, you should spend the night in one of the covered wagons on the property.

← The Day Creationism Died
Literary DCGD #32: Lines on the Assassination →

43 comments for “The Approaching Zion Project: Work We Must, but the Lunch Is Free”