Forgive the personal indulgence. I realized that I had been participating in the online LDS world for 10 years, and I had some things to say of a personal and public nature.

Back in 2003, I’d seen The Metaphysical Elders (not literally, of course, as no man can see The Metaphysical Elders and live), and  started commenting here at Times&Seasons. Around that time, I also sent in some rather sharp criticism of a FAIR article to FAIR, and ended up joining their internal email list. Thus my early LDS entanglements on the internet. 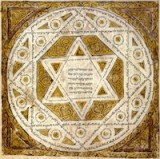 Those very few of you who have followed me from that beginning, through commenting, guesting, and various blogging homes at millennialstar in its early days, faithpromotingrumor, Patheos, and then here, know that my professional trajectory in these 10 years has changed drastically. I had just received my MA in 2003, and was on to my PhD coursework. 2003 was also the year I started teaching volunteer Institute, and 2004 the first of my summers teaching at BYU. The sudden end of my academic training in Semitics in late 2006 curtailed what would undoubtedly have been staggeringly pedantic works of inaccessible academic brilliance….Of course, I exaggerate greatly. Even had I completed my PhD elsewhere (and I made attempts), such grandiose things were unlikely.  I suspect I would have ended up at BYU, happily encouraging LDS students in good directions through faith, critical thinking, and thought-provoking exams (NT and BoM). One upside to no longer trying to get hired at BYU is that I’m much less guarded about opinions and speaking my mind. For whatever such labels are worth, my mind is fairly moderate and largely orthodox, but it doesn’t take much for moderates to be branded as radicals in certain settings.

The loss of career direction and velocity proved quite a blow to my identity and self-esteem. It took several years to pick up the pieces, especially given the collapse of the economy right about the time my arcane skillset and I were job hunting. To be highly educated and underemployed is no fun, and what’s more, it creates an odd schizophrenia of superiority and inferiority complexes. I did have various things here and there along the way, some more fun and lucrative than others, like the time I got paid four figures to fly to the French countryside in a private jet and take regularly scheduled naps, testing a jet-lag drug. No matter how pleasant the medical experiments you’re getting paid for, one must eventually find a more stable livelihood than lab rat. 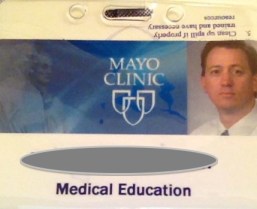 And so, for the last two years, I’ve been taking one college course at a time while working part-time. After our European sojourn earlier this year for my wife’s PhD research, I am now in school full time. Come summer, Announcement #1, I will take the MCAT and apply to medical school. We’ve not made this decision lightly, and it’s not a quick path (I’ve lost count of well-meaning but ill-informed people who ask why I don’t just go to law school),  but it’s a decision we feel good about. I’ve said that if a job came along that fit, I’d deviate and take it, but none has ever come to fruition. I spent August as a medical research trainee, looking at the effects of respiratory tidal volume in coronary artery bypass graft surgery. In the next few months, I’ll be reaching out to all my doctor friends and acquaintances about schools, contacts, and applications. And if any readers are medical, and want to contact me, feel free to leave a comment with your email.

My semester is heavy with Organic Chemistry, Physics, Biology, and related labs. It is somewhat ironic then, with increasing time away from academia and deep into hard science and more practical pursuits, that I am contributing more than ever to our in-house academic discussions of faith.

At this point, my career models have shifted towards the Kevin Barney/Blake Ostler/Nate Oman type; I’ll enjoy my totally unrelated day job (or at very least, it will reliably pay the bills more than adjuncting), and will be a semi-trained participant in LDS intellectual life, trying to make my own small mark in blogging, publishing, and teaching Institute when possible.  Alas, right now it’s not possible. Institute is a great outlet for me; I get to practice my material and teach, and I think the NYC YSA find it a useful place to grow and learn, and safe space to ask questions.

It may appear I’ve neglected my blogging here, because I’ve been putting whatever time and energy I find into prepping for Old Testament in January. This bring me to Announcement #3. I will make available as screencasts the lectures I’ve given elsewhere, “How to Read the Bible and Like It,” “The Rediscovery of the World of the Old Testament” (and perhaps others if I can), posting the first one on the first Monday of December. That means you’ll get all the slides and audio commentary prior to our Old Testament year. I’ve worked up some other Old Testament Gospel Doctrine posts as well to get ahead of schedule. I regret not being able to complete my Old Testament podcast series, but I will make them available here at T&S with some minor updates to the written material. (Sample the Ruth podcast, here.) I can’t promise to get something up every week, but I’ll try. With so much in the pipeline, it’s going to be a very busy, stressful, rewarding year.

34 comments for “A Series of Announcements; or, Be Excited, Be Very Excited”