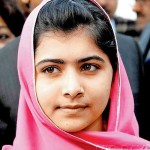 Today is the International Day of the Girl.  Yesterday, the Deseret News devoted an article to it but 24 hours later, no one had yet commented. Another article appeared today, but as of now, no comments yet. Perhaps there is no need to voice support for something everyone agrees on? Still, worldwide, tens of thousands of children have been conducting activities to support education for girls, following the lead of Malala Yousafzai. Anything to report from Utah?

Other themes of the Day deal with forced girl marriages and teen pregnancies due to poverty and lack of sexual education.  In my home country, Belgium, teen pregnancy is very rare. So, for the campaign a short film was made about a 14-year old pregnant girl who comes to a Belgian school. I thought it would be interesting to share it on this International Day of the Girl.

← New Summer Seminar in Mormon Theology
Literary DCGD #39: The Records of Our Dead →

8 comments for “International Day of the Girl”