Dave Banack wrote just two weeks ago–here at Times And Seasons–about the atheological atonement. His two conclusions were first, that the Church doesn’t have a specific theory of the atonement and second, that this is  probably a good thing:

I definitely agree with the general wariness of formal theology Dave espouses, and there’s no contesting that the track record thus far is mixed at best. In fact, I think there are lots of additional reasons to view the atheological nature of our faith as a feature rather than a bug. If we accept that final theological truths are most likely far beyond the understanding we will attain in this life, the only real result of attempting to be final and precise in theology would be an endless argument where no one really knows what they are talking about and everyone is always wrong. (As I’ve said: don’t debate the Trinity!) That’s bad enough, but if the theology is formal and authoritative then the squabble becomes weaponized. No longer a pure contest of ideas, it must invariably become a struggle for power. 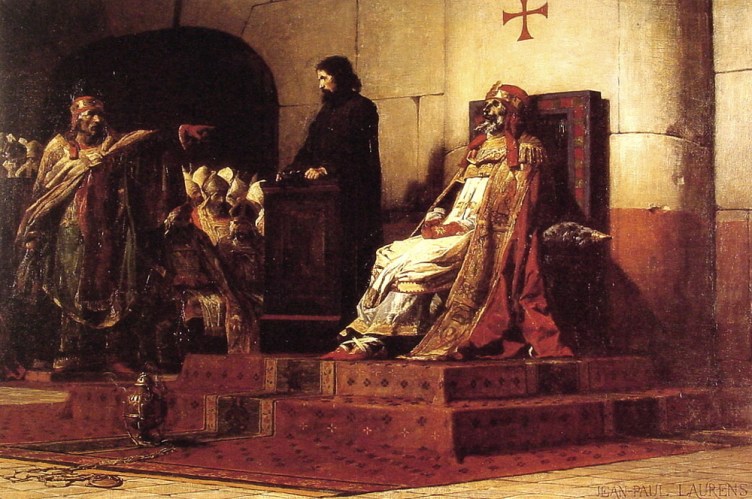 I’m not saying that formal theology leads directly to trials for corpses, but who wants to take chances of a Mormon reprisal of the Cadaver Synod?

In this sense, I think it’s quite plausible that official theology is intrinsically opposed to the Mormon conception of priesthood authority, which must operate “without compulsory means.” Of course it’s impossible to make a perfect binary division between core essential doctrines (e.g. that there is a theory of atonement) and formal, authoritative theology (e.g. this is the official theory of the atonement), but the principle remains important. And, as a direct result, it’s possible to have incredible range of diversity within the Mormon faith community on key doctrines. There’s a fairly large and generous range of neutral territory, even if the exact boundaries of this safe zone are hazy and indistinct.

More than anything else, however, the stubborn refusal of General Authorities to weigh in  authoritatively on every issue is a vital stand against the human tendency to seek the path of least resistance. In spiritual terms, this tendency manifests as a constant quest for the final and the complete. Whether it’s the inerrant and sufficient Word of God manifested in a particular text or hero-worship of a spiritual leaders, this is a tendency that is as universal as it is corrosive. We are on Earth not to be sheltered from ambiguity and confusion but to confront them, be overcome by them, and be rescued despite our failures. Peter may have sunk like a stone after only a few steps, but the real failure would have been staying in the boat where it was safe. 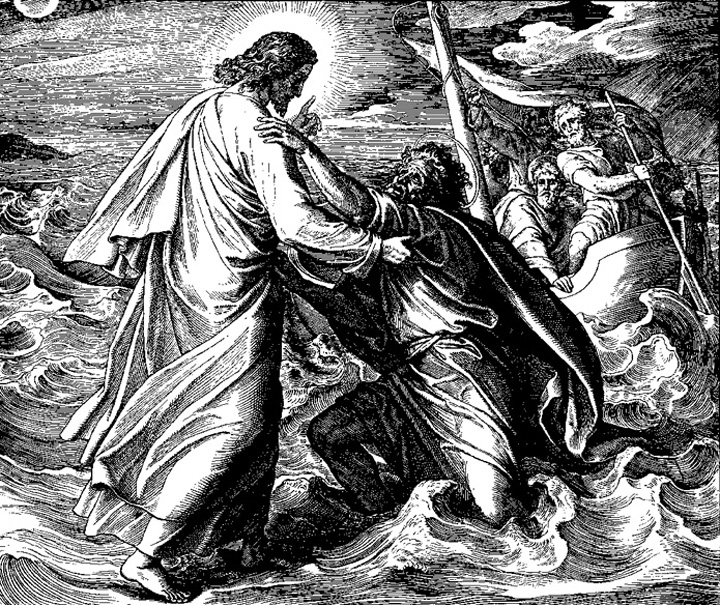 Who cares if you’re probably gonna sink? Get out of the boat anyway.

It’s a pretty good setup, but if there’s one thing that humans are really, really good at it’s adaptation. As long as that path-of-least-resistance urge remains, it will tend to find away. So, assuming that Church leaders remain steadfast in their refusal to build any doctrinal golden calves, what new expression might this particular drive find? Well, if the real authorities won’t give us what we want, we can always turn to those “black robes of a false priesthood.”

The relationship of the Church to Mormon intellectuals has improved greatly in my own lifetime, and that’s been important and beneficial. After all, “to be learned is good.” Obviously, those who are most knowledgeable about important considerations that bear on our historically-enmeshed faith–from archaeology and linguistics to philosophy—will tend to cluster in academia. But the content of intellectual labor is not immune from everyday human motivation. Intellectuals and academics face the same temptations for power and prestige that we all do, and the relentless competition that comes from way too many PhDs warps research slowly but inexorably towards novelty, cleverness, and self-promotion and away from the assumed goals of scholarly endeavor.

To be clear: I’m not writing this post because I think there is a problem now with an over-reliance on academia. Far from it! The field of Mormon studies is still nascent, and I’m as excited as anyone else to see books about Mormonism and Mormons appearing in academic presses instead of counter-cult imprints, for a change. Endowed chairs, summer seminars, etc? Yes, please. But, as the world grudgingly considers taking Mormonism seriously as a religion, let’s not forget that human authority of any variety is always in a state of tension with a Gospel of non-compulsion.

It’s quite possible that Mormon intellectuals will always be a kind of niche market. And, as Alma said, “because ye are compelled to be humble blessed are ye.” Maybe the problem never grows in proportion. (Don’t get me wrong, unpopular folks can have over-sized egos too, but the unpopularity certainly helps, all else equal.) It’s just that, as someone for whom science fiction is a native tongue, I can’t help but look in the future and wonder. That’s sort of what we do, by definition. And, down the branching and roads, is there one path in which the new-found acceptance and even embrace of Mormon intellectualism leads to a corresponding rise in prominence? Maybe there is, and if so, then the last thing we need is a caste of paid clergy coming in through the back door to do theology when we’ve guarded the front door (mostly) successfully for so long.

← Personal (Bloggernacle) History
Money for Nothing and the Housing for Free →

3 comments for “Religious and Secular Authority: Frying Pans and Fires”