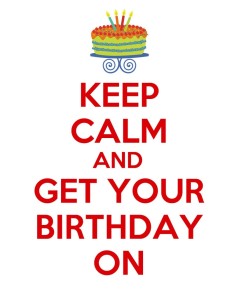 I’m not sure what it is about this time of year that leads to the anniversaries that we have this week. In the U.S. many are obsessed with the coming 50th anniversary of the assassination of John F. Kennedy. Today is the 150th anniversary of the Gettysburg Address, leading to an effort this year to get many in the U.S. to memorize the address. And on November 19, 2003, Adam G. posted the first item on Times and Seasons, a post entitled “Whatever I say three times is true.” Since I wasn’t involved at the time, I’ll defer to someone from that time to give us a history of how and why T&S started. Better for me to simply point out the anniversary, say “Happy Birthday, Times and Seasons” and ask what it means and where we should go.

While T&S can’t claim to be the first blog in the “bloggernacle” (per Wikipedia that’s the now-defunct Metaphysical Elders, established on November 23, 2002), it is still one of the largest and most influential Mormon blogs (depending on how you define it). And our influence may even extend to the term “bloggernacle” however, since it was coined in response to a post Kaimi wrote in 2004.

Over the past 10 years the bloggers on T&S have published more than 6,000 posts and our readers have joined us in adding nearly 200,000 comments. This has happened as blogs have gained tremendous popularity, and later as fickle fame has moved on to facebook and other forms of social media, giving those forms increasing attention. We have survived internal disputes and outside attacks to settle into what I see as an encouraging, creative place for examining Mormonism that now escapes a lot of the drama that the bloggernacle has seen in the past. [Does anyone see in their blogs the drama that the bloggernacle saw in the past??]

While some claim that the shift in attention to facebook means that blogs are dying off, I think that idea is at least premature. Different platforms exist on the Internet for different purposes, and they reach different audiences in different ways. Blogs provide a certain kind of experience—more magazine and newspaper like than the sound-bite length of Facebook and Twitter. It is true that experience could eventually be replaced, and if and when that happens, then perhaps blogs will die.

Even then, I believe Times and Seasons will simply change to a new form rather than disappear. What has preserved T&S over 10 years is not whether or not we are the most popular Mormon website (we’re far from it), but the quality of its content and the attention that content earns from readers. If the longer-form posts that are suitable to blogs are replaced, there isn’t any reason I can see why T&S couldn’t move on to something new.

On the other hand, I don’t think we can expect that T&S will somehow grow into something that will become popular with the vast majority of Mormons. We serve a particular kind of audience that doesn’t seek the models used by popular sites. Times and Seasons focuses on content that is generally thoughtful, but faithful. Our approach is certainly intellectual, and probably a lot more than that. I don’t think the potential audience for this kind of content is large enough to allow T&S to directly serve the majority of Mormons.

Instead, I think we can grow a little, and keep examining Mormon life in our thoughtful, careful, intellectual way, perhaps with the hope of influencing Mormon life and culture for the better. If nothing else, in the course of doing this we, the bloggers, may learn something about ourselves and what it means to be Mormon in today’s world.

So, either help us celebrate in the comments below, or tell us what you’d like to see us do in our next ten years.

← The Marriage of Heaven and Hell: Business and Theology
Times and Seasons: The First Year →