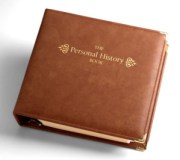 Sometime in late 2003 or early 2004, Steve Evans told me I needed to check out his[fn1] website: rameumptom.blogspot.com. At the time, the nascent bloggernacle was so young that By Common Consent didn’t yet have a name (I think the name was voted on sometime during that first year). He may have also pointed me to Times & Seasons, or I may have found it linked on his blog. But I found T&S at approximately the same time.

In late-2003/early-2004, blogs were a new thing in the mainstream. The media had finally noticed them; Google had just purchased Blogger. And blogs were really the state-of-the-art in online discussion: Facebook didn’t happen until February 2004.

I was a third-year law student in New York, and Times & Seasons and BCC entered my life at a good time. I’d recently become fascinated by a number of Mormon Studies books from the University of Illinois Press. I was starting to Know [My] Religion[fn2] in a deeper, more academic way.

In the bloggernacle, I encountered incredible people, faithful people who explored their faith, often (though, of course, not always) in a deep, nuanced way. It was fresh and exciting. After reading for a couple years, I felt like I knew some of these people.[fn3] I was introduced to topics in Church history and thought that I was unaware of. I was introduced to books I needed.[fn4] Reading allowed me to engage with my Mormonism every day, at least by fits and snatches, in the cracks between other things I did during the day. The discussion could be franker, could be more contentious, and far more fascinating than what happens on Sundays.[fn5]

But, perhaps most importantly, I was introduced to questions, important questions that help me figure out my place in the Church and the Church’s place in me.

I joined Times & Seasons almost two and a half years ago. The timing was fortuitous: with Mitt Romney running for President, tax issues and Mormon issues frequently overlapped. (Seriously, who would have thought that Mormon tax blogging could be anything beyond, like, two posts?)

I read much less of the bloggernacle now than I did 10 years ago. Partly, it’s that what was fresh back then sometimes feels repetitive today. Partly it’s two callings and a real job. Partly it’s the time associated with three kids. But I still frequently find incredible value, insight, and surprise here.

[fn1] Note that I don’t remember if he called it his website; he may have said to check out this website, or something else entirely.

[fn2] It’s surprisingly hard, actually, to find a site I can link to for the old Know Your Religion series that my parents used to go to when I was in high school. I assume it doesn’t exist anymore, and, frankly, have know idea if it existed outside of California or was, instead, some sort of stake/regional initiative.

[fn3] Eventually, I met some of these people IRL.

[fn4] For which my wife would probably like to sarcastically thank the bloggernacle; I’ve spent too much on LDS- and religiously-themed books, and have far too little space in my apartment for them.

[fn5] I should quickly point out that this isn’t meant to disparage Sundays; the bloggernacle serves a different purpose and a different population. As an opt-in community, members who are uncomfortable with the discourse can not join; not joining the bloggernacle discussion doesn’t impact our membership or participation in the body of Christ.