Last week I posted The Atheological Atonement, noting that the LDS Church affirms the atonement but not any particular theory of the atonement, and suggesting this is actually not a bad “official” position for the Church to take. This post takes a different approach: if the Church were to move towards a publicly stated theory of the atonement, in which direction should it move? I will be relying on Gustaf Aulen’s (1879-1977) fine little book Christus Victor: An Historical Study of the Three Main Types of the Idea of Atonement (Macmillan Co., 1966; American edition, 12th printing, trans. by A. G. Hebert; originally published in Swedish in 1930).

Aulen starts his book stating that the Christian tradition has “seriously misinterpreted” the atonement. Before offering his own revision, he first critiques the two main theories. The objective theory (first articulated by Anselm in his satisfaction theory; later modified as the penal substitution theory and the governmental theory), which Aulen generally terms the “Latin view,” teaches “an ‘objective’ Atonement, according to which God is the object of Christ’s atoning work, and is reconciled through the satisfaction made to His justice” (p. 2). In contrast, the subjective theory (first articulated by Abelard, Anselm’s near contemporary) describes “a doctrine which explains the Atonement as consisting essentially in a change taking place in men rather than a changed attitude on the part of God” (p. 2; emphasis added). Objective theories were favored from Anselm through the Reformation and beyond; the subjective theory became popular during the Enlightenment and was incorporated into the Liberal Protestantism of the 19th century.

Aulen comments that “the last two centuries have been marked by the coexistence of these two types, the ‘objective’ and the ‘subjective’ and the controversies between them” (p. 3). One thing the two views agreed on was rejection of what passed for atonement theory for the one thousand years before Anselm’s formulation: the classic idea or “dramatic view” of atonement, sometimes glossed as “the ransom theory.” Aulen argues the classic idea (he stubbornly refuses to call it a theory of atonement) was grossly and unfairly misrepresented by later theologians and that it actually has much to offer modern Christians. The classic idea differs from the objective theory or Latin view in that it is “from first to last a work of God Himself,” rather than “an offering made to God by Christ as man and on man’s behalf.” Aulen also notes that the Latin view stretches legal analogies to the extreme; “they dominate the whole conception, and any violation of justice becomes unthinkable” (p. 146). In other words, the Latin view allows the legal metaphor to displace the doctrine it is attempting to elucidate. The classic idea differs from the subjective theory in that it describes “a change in the relation between God and the world, and a change also in God’s own attitude,” so it is essentially objective (p. 5).

The classic idea’s central theme is “the idea of Atonement as a Divine conflict and victory; Christ … fights against and triumphs over the evil powers of the world, the ‘tyrants’ under which mankind is in bondage and suffering, and in Him God reconciles the world to Himself” (p. 4). Aulen quotes Iranaeus: Christ came down from heaven “that He might destroy sin, overcome death, and give life to man” (p. 19). [That idea goes back to the New Testament Johannine writings and those of Paul, where “salvation is life, in direct connection with the thought of Christ as victor over sin and over death” (p. 19).] In Iranaeus, the devil enters the discussion in tandem with death and sin; he is “the lord of sin and death” and mankind has “fallen under his power” (p. 19). Don’t confuse this with the satisfaction theory that came later: Iranaeus “does not think of the Atonement as an offering made to God by Christ from man’s side, or as it were from below; for God remains throughout the effective agent in the work of redemption” (p. 33). Furthermore, Iranaeus retains a dualistic view, affirming “the reality of forces of evil, which are hostile to the Divine will” (p. 34).

The Classic View and LDS Doctrine 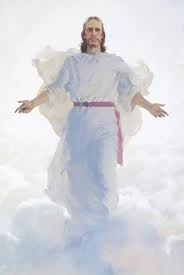 In the course of the book, Aulen traces the classic view as it developed over the centuries. “The classic idea emerges with Christianity itself, and remains the dominant type of teaching for a thousand years” (p. 143). But the sketch above is enough to work with. My suggestion is that this classic view offers some helpful similarities with general LDS atonement doctrine. First, both views (the classic and the LDS) affirm “the reality of the forces of evil” and of the devil in an objective sense. Most modern systematic theology, granting God full sovereignty over the universe and following that full sovereignty to its logical conclusion, has difficulty finding a place for evil or the devil in its worldview.

Second, the classic view is more closely tied to New Testament views, in particular Paul’s statements in the genuine epistles, than are the objective and subjective theories, which reflect the Christian tradition’s long history of theological reflection on the atonement. To the extent that LDS views of the atonement are not rooted in that long tradition but are more generally closely tied to particular scriptural passages, with little additional elaboration, the LDS view is likely to be close to the classic idea as laid out by Aulen.

Third, the classic view offers what Aulen terms a “double aspect” of the drama of the atonement, with God in Christ prevailing over the evil powers that confront mankind, but those evil powers at the same time being “the executants of God’s judgment on sinful man” (p. 56). “Deliverance from the powers of evil, death, and the devil is at the same time deliverance from God’s judgment on sin” (p. 56). There is tension in the idea that the powers of evil are both fighting against God and man but, at the same time, are working out God’s design and will. Symbols (such as the atonement) can maintain and productively hold together such contrasting ideas. The classic idea retained both of these ideas; the satisfaction theory largely jettisoned the opposition of the powers of evil. Instead, the opposition overcome by the atonement was God’s wrath directed against sinful humanity that offended God’s honor and that merited God’s punishment. “The classic type is characterized by a whole series of contrasts of opposites, which defy rational systematisation, while the other two find rational solutions of the antinomies along theological or psychological lines” (p. 155). I think it is fair to say that LDS doctrine, like the classic idea, encompasses Aulen’s double aspect.

Here are a couple of quotations from LDS sources showing a view similar to the classic idea. First, from the Encyclopedia of Mormonism entry “Atonement of Jesus Christ,” showing the double aspect noted above (and authored by Elder Holland prior to his call to be an Apostle):


The Atonement of Jesus Christ was indispensable because of the separating transgression, or fall, of Adam, which brought death into the world …. [Latter-day Saints] also believe that the Fall was part of a divine, foreordained plan without which mortal children would not have been born to Adam and Eve.

Here is a longer quotation from the Atonement chapter in James E. Talmage’s Jesus the Christ:


Death has come to be the universal heritage; it may claim its victim in infancy or youth, in the period of life’s prime, or its summons may be deferred until the snows of age have gathered upon the hoary head; … but come it must, as Satan well knows; and in this knowledge is his present though but temporary triumph. But the purposes of God, as they ever have been and ever shall be, are infinitely superior to the deepest designs of men or devils; and the Satanic machinations to make death inevitable, perpetual and supreme were provided against even before the first man had been created in the flesh. The atonement to be wrought by Jesus the Christ was ordained to overcome death and to provide a means of ransom from the power of Satan.

Others may have a different idea of what direction LDS theology about the atonement might move, and there are published articles offering good arguments for moving the LDS view in a different direction. Does your understanding of the LDS view of the atonement suggest that Christ’s suffering appeases God’s wrath against sinful humanity or that Christ’s suffering justifies God’s moral governance and permits forgiveness of sinful humanity (the objective view as satisfaction theory or governmental theory); that Christ’s suffering effects a change in human attitudes toward God (the subjective or moral exemplar view); or that it accomplishes God’s victory through Christ over the powers of evil — death, sin, and various demonic powers — that previously held, and sort of continue to hold, mankind in bondage (the classic idea as articulated by Aulen)?

← Money for Nothing and the Housing for Free
Bittersweet Thanksgiving →

8 comments for “The Theological Atonement”