Mark Oppenheimer wants to know why there are no great Mormon writers. More specifically:

In the United States, Jews, blacks and South Asians, while they have produced no Milton or Shakespeare — who has, lately? — have all had literary renaissances. Mormons are more likely to produce work that gets shelved in niche sections of the bookstore. And as it turns out, Mormon authors themselves wonder if their culture militates against more highbrow writing. They have a range of possible explanations. 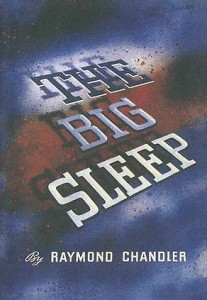 Now, before we get to the question of why there are no great Mormon writers, I have to at least address the assumption that genre fiction cannot be great art. I don’t want to refight the whole high-brow vs. pop-art war, but I’m going to at least plant my flag and say that I believe that some popular works of “genre” fiction, whether we’re talking J. K. Rowling or Raymond Chandler, are great works of art without any qualification, caveat, shame, or apology. The presence of or aspiration for commercial success does not preclude artistic success. Ask Charles Dickens. Ask Mark Twain. Ask the Beatles.

So the assumption that genre works must not be “real” art is highly suspect. This is especially true when the genre categories seem to be established precisely to maintain that illusion after the fact. Who thinks of Herman Hesse as a science fiction writer? And yet his novel The Glass Bead Game, which won the Nobel Prize for Literature in 1946, gets the following trailer on Amazon:

In the remote Kingdom of Castalia, the scholars of the Twenty Third century play the Glass Bead Game. The elaborately coded game is a fusion of all human knowledge – of maths, music, philosophy, science, and art. Intrigued as a school boy, Joseph Knecht becomes consumed with mastering the game as an adult. As Knecht fulfils his life-long quest he must contend with unexpected dilemmas and the longing for a life beyond the ivory tower.

A story set hundreds of years in the future? Set in a world designed to suit the themes of a particular story? Featuring a young protagonist on a clearly defined quest? How is this not science fiction? How are Never Let Me Go (Kazuo Ishiguro), The Handmaid’s Tale (Margaret Atwood), or The Road (Cormac McCarthy) not science fiction? They all are, but you will not find most of them shelved in the science fiction area at the store because appearances, after all, must be preserved. You will find Dune (Frank Herbert), Speaker for the Dead (Orson Scott Card), and The Left Hand of Darkness (Ursula K. Le Guin), however, so clearly the boundary is both arbitrary and suspect. 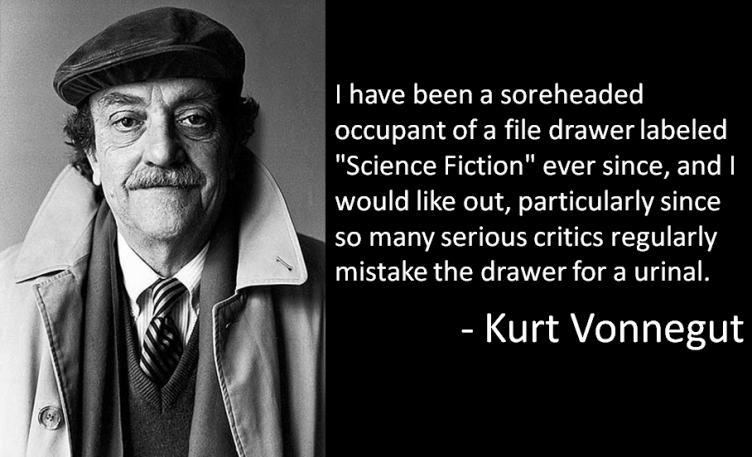 Do we place Ishiguro and Atwood next to Milton and Shakespeare? Of course we probably do not, but as Oppenheimer observes, such genius may came only sporadically across the centuries. In any case these judgments are best left to the future. At a more realistic scope, I would contend that to write off genre fiction is a fatal error. The literary future, I believe, relies increasingly on the rejuvenation of literature with the vitality and audacity of science fiction.

In that brave new world Mormons, led by Orson Scott Card, are actually not doing too badly. 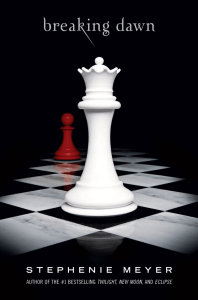 I even read Breaking Dawn. You know, for *science*.

However, I do think that Oppenheimer raises some legitimate points. The prevalence and commercial success of Mormon genre writers (lets add Stephanie Meyer and Brandon Sanderson to the mix) is not exactly an artistic renaissance. For one thing, there does not seem to be any kind of a conversation going on between these writers who, instead, each seem to be primarily interested in interacting with the non-Mormon concerns of their respective niches. Brandon Sanderson doesn’t just write fantasy, which could be a very broad category, but rather a very, very specific kind of epic, sword-and-sorcerer fantasy that purposefully exiles itself from broad relevance. (This is something that Sanderson has written about himself.) For another, as much as I will defend the artistic legitimacy of genre fiction in principle, I’m not going to try and spin Twilight. (And yes: I have actually read it.)

Half of Oppenheimer’s points rely firmly on the equivalence of genre-fiction with non-art. First he points out that since Mormons don’t like to write sex scenes, they will naturally be shunted into YA and genre fiction. He also recapitulates the traditional explanations for why Mormons write so much sci-fi and fantasy, including  both the theological argument (““We believe that God created a lot of different worlds…It’s natural for us to think that a lot more might be out there.” – Rachel Ann Nunes) and the Card-as-trailblazer argument (“If you are a bookish young Mormon, your church role models work in genre fiction: major figures like Mr. Card and Ms. Meyer… Unsurprisingly, the heavily Mormon state of Utah has become an incubator.”) We’ve already covered that angle.

The other half of his argument relies on the role of tragedy in great art. Here he cites popular Mormon author Shannon Hale, who says: “I think Mormons tend to have hope and believe in goodness and triumph, and those portrayals can ring false in a literary world.” It’s true that, like an absence of graphic depictions of sex, a stubbornly optimistic outlook can fail to be perceived as serious art, but in this case it is more than just a question of prevailing social expectations.

Mormonism (as a culture) does have a penchant for ruthless optimism. This is something I’ve written about before, and I think that it’s largely unique to Mormonism because Mormonism places so much emphasis on how we are perceived by outsiders. Partially because of persecution, a trait we share with other minorities, but also because we are evangelists. And that combination–historical persecution and current evangelism–is a rather unique pressure for Mormonism. The result is that we tend to shade the truth. We’ve seen this play out historically with white-washed versions of Church history. It also plays out individually when, for example, we tend to drastically overstate our sense of certainty in religious dogma by reciting “I know…” (rather than “I believe,” or “I affirm,” or any number of less-stark alternatives) in our monthly testimony meetings. Whether it’s a facade for our neighbors, our investigators, or ourselves we feel a pressure to demonstrate that truth of the Gospel by a misguided attempt to signal that we are happy customers.

This isn’t good for art. 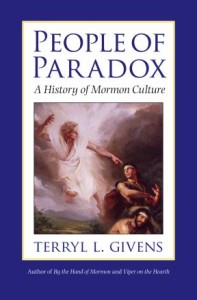 It’s not good because the world is full of pain and confusion and suffering and no true stories can be written that do not draw also from those darker waters. It’s not good because there’s also a sense of dishonesty that goes along it. It’s not about intentional deception but rather about careful self-censorship. This can be very wise from a practical standpoint–the reluctance to talk about past transgressions is sensible in most contexts, for example–but it’s a bad habit for budding artists. And it’s not good because great art is usually about what we lack and not about what we have. As Terryl Givens observed in People of Paradox, Mormon emphasis on certainty, completeness, and sufficiency undercuts the sense of mystery, doubt, and yearning that motivates so much great art. (I hope it’s obvious that my treatment of Mormonism is primarily cultural rather than theological, but in case it’s not I’ll just go ahead and say that here. )

But there is a positive side to Mormon culture as well. You can count me as one of those who believes that there really is something about Mormonism (both the doctrine and the culture) that predisposes us towards speculative fiction. For me, the key ingredient is the atheological nature of Mormonism which encourages and even requires speculative and imaginative engagement with meaningful questions in a context that explicitly eschews contrived and orthodox responses.

In any case, however,there’s a happy trend as we look toward the future. On the one hand, there’s a growing awareness of the legitimacy of science fiction as a way of telling great stories and of making great art. And for whatever reason science fiction is something that comes naturally to Mormons. On the other hand, as the Church as an institution rolls back the tendency to whitewash our own stories there will continue to be a corresponding growth of confidence among members that there is room for honest doubt and questions alongside earnest faith. The pressure to not rock the boat will diminish, creating more space for faithful Mormons to make art within our community.