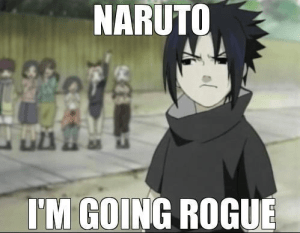 That’s what happens when you run out of lesson manual…

I told my Gospel Doctrine class yesterday afternoon that since we had run out of lesson manual for the year we were going to go rogue. Then I proceeded to give the first lesson I’ve ever given (I think) in which I exclusively used officially-approved Church materials[1].  I could pick anything I wanted to teach about, and I choose to cite three videos and four articles from the Gospel Topics section of LDS.org. And yet I did feel like there was something quietly revolutionary about the material we covered in the lesson.

The article that has riveted the Bloggernaccle and even the world beyond this week is the article Race and the Priesthood [2], and that’s where I got started. I’d heard vague mentions about efforts on the part of the Church to revise the curriculum and/or to start addressing difficult issues head on. I even think I’d heard something about the article on the First Vision accounts, but I sort of figured that if there was a major policy shift I’d hear about it in General Conference or some other official outlet. I hadn’t heard anything definitive, but I went to the Gospel Topics section of lds.org (where Race and the Priesthood is posted) and started poking around in preparation for my lesson.

Still under the impression that if anything significant was afoot I would have heard about it elsewhere, I started watching the three videos posted there. The first one, featuring Elder Anthony D. Perkins talking about how the Gospel Topics section was going to be pared down to have fewer, longer articles and about how the site was being optimized for mobile devices, didn’t make a very strong impression. I’m not a veteran Church-watcher, and I’d be hard-pressed to name all the 12 Apostles from memory[3], let alone any of the General Authorities below that, so I’d never heard of him and was mildly surprised to realize that we had a general authority who had responsibility for lds.org.

But the second and third videos had a much greater impact. In the second Elder Paul D. Pieper (the GA responsible for Church Curriculum) stated that the new and improved Gospel Topics site is specifically designed to empower parents to be able to address the questions that “come to [their children] from modern society.” He went on to state that the Church was rolling back Correlation to some extent (without using the name) by saying that they would be retreating from the model where the same lesson is taught on the same day in every congregation on the globe. To address the growing diversity of the Church, there would be a pared down set of core concepts and then latitude for more local decisions around those concepts.

In the third Elder Steven E. Snow (Church Historian) described the process for crafting the new Gospel Topics (like, I assume Race and the Priesthood). The general pattern is that an external scholar–someone outside the Church History department–is asked to write about a selected topic. Their article is first edited by a Church History committee, which makes changes with the consent of the author, and then the article is screened by the Apostles before being posted to the site. After watching the videos, I dug into the articles on the front page. There are six of them. Two are the old style, one on Christ and one on Christmas, and are generic and short. But the other four were interesting. In addition to Race and the Priesthood, there was First Vision Accounts, Are Mormons Christian?, and Gospel Learning.

The one on gospel learning may sound tame, but the central thesis is an elevation of intellectualism as a necessary (but subordinate) aspect of the injunction to “seek ye diligently.” I was only 12 when September Six went down, so I wasn’t aware of it at the time, but growing up with a father who was an English professor and increasingly wrote on Mormon themes meant that I was always aware of the tension between Mormon culture and intellectualism. If it wasn’t my mother being scolded for her political activism, it was folks who went out of their way to ensure that we all knew my dad’s PhD didn’t give him any kind of special dispensation, a statement all the more memorable for being so unnecessary. Sure, he wasn’t one of those liberal Mormons as far as anyone could tell, but you can never really be sure, right? And besides, you don’t earn that many points for faithful scholarship in a Church where even apologists have a kind of ghetto at fairlds.org rather than lds.org. [4]  To see reason, analysis, and reading outside the canon all emphasized this way seems like a seismic shift in cultural attitudes if nothing else. Is the ground shifting beneath our feet?

I was equally excited to read about the differing First Vision accounts straight from lds.org (and not buried under 8 levels of hierarchy, either!). My favorite part was that they included links to the full text of every single one of the differing versions. Here we’ve got an article written by a scholar addressing a primary criticism of the Church head-on with links to all the source material. This is something new. The article on whether or not Mormons were Christian was a lot of fun for different reasons. Rather than addressing concerned Mormons, the article seemed addressed to non-Mormons who make the claim that we aren’t Christian, and responded with arguments that could have been lifted nearly verbatim from online debates I’ve had in years past (and many other Mormons too, I’m sure). I was tickled by the no-compromise tone that it took.[5]

As I said: I’m not a veteran Church-watcher. I haven’t studied the history of Correlation and I don’t really have a firm grasp of which General Authorities are in charge of what. But to me, Race and the Priesthood now feels like the spearhead of a much larger campaign. The strong–and welcome–disavowal of past theories comes in conjunction with a new approach to history and intellectualism.

There’s no way to tell if this is a direct reaction to the alleged mass exodus of young, educated Mormons from the Church as they encounter faith-challenging history and a sense of betrayal that they weren’t better informed by CES. It makes sense that if the Church did take that issue seriously, however, the last thing that they would want to do would be to hit the fire alarm and make things worse. On the other hand, revising the entire curriculum takes time–especially at the glacial pace of all large institutions–so if a faster reaction was required it’s hard to think of a better way than quietly re-purposing some existing program or asset to fill the role. If that’s true, then it may not be unwarranted to speculate from a few brief interviews and some new articles to a possible future direction for the institution as a whole.

I have always loved the that the Church has no corollary to the counter-cult movement within evangelical Christianity, and I’m deeply suspicious of anything that looks like formal, official theology. With those two models ruled out (I hope), the Church will be moving in a new direction on this one. I’m not sure what we’ll see in the future, but I’m optimistic.

Edit: Since writing and posting this post, a new article has been posted: Plural Marriage and Families in Early Utah. They seem to be rolling them out pretty quickly.

[1] OK, I did cite Men in Black and God’s Army, but that was extemporaneous. It’s still the first lesson I went into with only Church materials and nothing else.

[2] And deservedly so, but I’m not going to focus on that because I simply don’t think I have the expertise to match many of those who have already weighed in.

[3] Then again, I forgot my best friend’s name in high school once (true story), so maybe we shouldn’t read too much into that.

[4] So it’s fairmormmon.org now. When did that happen?

← God, the Necessity of Scholars, and the Old Testament: A Long Post and a Short Announcement.
The Old Testament and Why Bible Translations Differ: My Religious Educator Article →

27 comments for “Gospel Topics at LDS.org, A Change of Direction?”