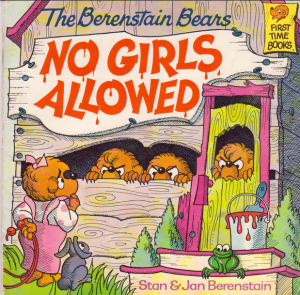 Although general terms like “liberal” and “conservative” should always be handled with care, there’s a basic understanding that the movement to ordain women is predominantly a liberal movement and that the skeptics are predominantly conservative. Broadly speaking, this is correct. But some go farther and argue that the default conservative position is to defend the status quo. This is a grave error.

Conservatism is generally very respectful of tradition, but this determines the method of change rather than obviating change altogether.

In the context of Mormonism, however, the underlying nature of conservatism is even more radical. This is because the tradition that Mormon conservatives seek to preserve is a tradition of constant change. Let’s start with the 9th Article of Faith:

We believe all that God has revealed, all that He does now reveal, and we believe that He will yet reveal many great and important things pertaining to the Kingdom of God. [Emphasis added]

Now, if the things which God has yet to reveal are “many” and “great” and “important,” then there is no reasonable basis for a conservative to engage in knee-jerk defense of the status quo. The LDS Canon, which Mormon conservatives emphasize at least as much as Mormon liberals, rules out the possibility of safe accommodation to the status quo. Importantly, this tenet is merely an explicit distillation of a recurrent theme in the Old Testament, New Testament, Book of Mormon and Doctrine and Covenants. Political reform, theological innovation, and organizational restructuring are endemic in every single one of the standard works. The only constant, to indulge in a cliché, is change.

This is not less true when it comes to questions of the institutional nature of the Church of Jesus Christ of Latter-day Saints in its present incarnation. It is more true. If a conservative is preserving the traditions of the past, then the traditions of Joseph Smith will include institutional changes and theological innovations. A conservative Mormon view entails progressiveness of a sort, but progressiveness that arises from and is confirmed by ongoing and authoritative revelation. And of course Joseph Smith was only operating in the pattern established by Jesus Christ, the Savior who came to criticize the upper classes, confound expectations, and condemn prevailing wisdom.

Mormonism is a dispensational religion, which means that we understand that truth has been iteratively restored, corrupted, lost, and then restored again throughout history in an endless process of fluid change. One could try to argue that there are certain constants that must remain unchanged, but for the purpose of this discussion that is a mere technicality because our doctrine explicitly states that the work of restoration isn’t done yet. Yes, the Atonement of Christ is and will always remain central. This, along with a very few core doctrines will not change, but it is not entailed by conservatism that any other particular aspect of our religious institution will continue on into the future as it does today. There are already subtle but fundamental changes taking place as the Church begins to de-prioritize Correlation and make way for more local independence. (I discussed that here.)

This means that conservatives are naturally open to the possibility of female ordination if it is revealed from God. It doesn’t mean that conservatives think it is plausible, of course, but look at the pattern of defections that followed many of Joseph Smith’s earlier pronouncements. No conservative can look at that history and feel secure in the beliefs that are comforting to them today.  This is the price of preserving a tradition of change.

What’s more, if conservatives are so concerned with preserving the past (and they are), then they would clearly care passionately about the curious and distressing absence of further understanding of our Heavenly Mother. Groundbreaking work by Margaret Barker and others strongly indicate that some of what we are missing—some of the unfinished work of the Restoration—has to do specifically these truths which existed in the past, but which were not preserved. In a dispensational religion, progress is conservative because it is the reclaiming of truths that were once known, but have been lost. What a conservative cannot preserve, a conservative must attempt to restore.

If conservatives are so eager for change and so bothered by the lack of further understanding of Heavenly Mother, an understanding which would almost certainly have bearing on the role of men and women in the Church today, what explains the skepticism of the present feminists efforts to ordain women (or, along those lines, to wear pants to church, etc.)?

Here are some reasons:

First, there is a concern with the source. The pattern with theological advancements in Mormon history has been one of following the breadcrumb trail of tantalizing revelations. The restoration of the Aaronic and Melchizedek priesthoods, for example, followed questions planted in the minds of Joseph Smith and Oliver Cowdery. There are tantalizing clues for us to follow when it comes to the role of women and men in the Church (again: Heavenly Mother is the obvious starting point), but the rhetoric and arguments of those supporting the ordination of women do not appear to take exclusively religious concerns as their starting point. By contrast, the language and rationales most commonly heard sound like a Mormon-themed version of contemporary American gender politics. Even if we ignore the fact that the political voice is decidedly left-leaning, the intrusion of any secular political ideology into the Church’s doctrines and practices is guaranteed to alarm conservatives who, while committed to change, are also committed to a very particular methodology for that change to occur. We’re supposed to be in the world but not of the world, not the other way around!

This is particularly frustrating for conservatives because we are so thirsty. Waiting for further light and knowledge is a trial in and of itself, and when you’ve committed not to take a drink until the living water is available, someone proffering you an imitation is going to simply exacerbate your thirst. It’s salt in the wound. Where is Heavenly Mother? I don’t know, but I’m not going to replace Her with a misguided transliteration of gender studies while I’m waiting, no matter how lonely it gets.

And this raises the second reason: the rationales currently being advocated by many who support female ordination conflicts directly with what little modern revelation we do seem to have. Although I’m aware that the Proclamation to the World is derided in some circles as a position paper instead of revelation, it’s exciting for conservatives to see some forward momentum from the First Presidency. This document is viewed with especial consideration for that reason, and it is squarely in the cross hairs of, for example, Ordain Women, which blames the Proclamation for “preserving an antiquated and unequal model in both the domestic and ecclesiastical realms.” In this case, it’s possible that the what of female ordination is less important than the why. Even if female ordination is the right path forward, the current arguments seem to originate in political ideology and assault Mormon doctrine. Something has gone wrong.

The third reason is tactical. If the debate is framed in such a way that conservatism is identified with the status quo, then the debate is over before it starts. This is because Mormonism maintains that the status quo is always incorrect (or at least incomplete). So, the assumption that conservatives must default to the status quo is equivalent to the assumption that conservatives must default to being wrong. And, since the alternative is left open-ended (with formal aims of Ordain Women are just a prominent possibility among many), we are being asked to choose between “something that is definitely wrong” and “everything else.” Arguing from that starting point is not bad work, if you can get it.

I do not claim to speak for all conservatives everywhere. I couldn’t if I tried, and I’m not going to try. I also do not deny that some conservatives are content to defend whatever is comfortable to them at the moment. But I will tell you—as a self-identified conservative in pretty much every sense of the word—that the arguments here honestly reflect both my conservatism and my skepticism of the movement for female ordination. I do not like the status quo and I have no interest in defending it except as it represents a step on a path that leads onward. A path I am anxious for us to continue along. I am thirsty for new information and for changes. I consider the work of Valerie Hudson Cassler (e.g. Plato’s Son, Augustine’s Heir) to be some of the most exciting work I’ve ever read in Mormonism precisely because it offers a way forward while building on the past. I’m not convinced that the argument is right in all its particulars, but to me it represents an organic growth of Mormonism rather than turning our theology over to the dictates of your average humanities department at any given university.

Might female ordination win out? Might it prove to be ordained of God? I do not think so, but it might. And I will then be humbled and challenged as many Saints have been humbled before. That too is just part of the template, like when Peter told everyone God had decided to start letting just any old Gentile into His Church.

In the meantime, let me finish up by acknowledging ahead of time that the view of Mormon conservatism outlined here may strike some as peculiarly progressive. This is a good sign. When conventional political labels are overlaid on our faith and examined, they sort of short circuit. This is as it should be. Maybe no matter where you start, if you follow the Gospel long and hard enough we all end up in the same place together. That is certainly my hope. I’m not in this to win. I just want everyone to get home again, together.

← Brandon Flowers and the Song of Redeeming Love
Times and Seasons’ 2013 Mormon of the Year: Darius Gray →

75 comments for “Women and the Priesthood: What’s the Conservative Position?”