My wife Lyndee got an email at work a few weeks ago. It turns out that they have been paying her the wrong amount.

They had placed her incorrectly on the pay scale. Lyndee has two bachelors degrees and they were only paying her for one. We knew this was the case but she had been told that this was how the district paid new teachers. 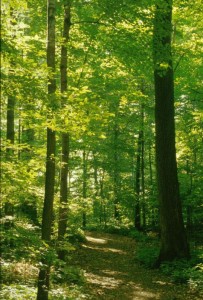 This development will move her over two columns on the school districts pay scale.

Somebody had told her that the district only paid for additional degrees or credits received AFTER one starts teaching. This was discouraging since she is currently our only full-time income and she deserves even more than the new revised amount.

I had even been told that if I taught for the school district (my plan for next year), they would start me at the bottom of the pay scale and not count any of my degrees beyond my bachelors.

Guess what? That also is not the case.

Given the rough shape of our school district and the numerous voices who had confirmed that the district started everyone at the bottom (as they had been doing with Lyndee), we had little reason to question the supposed policy, though it was discouraging. However, we are happy that it is not the policy at all.

In one afternoon, Lyndee’s salary jumped by ten percent, we found out she would soon be getting the back pay owed to her for her time worked since August, and we found out that I would make $10,000 more a year as a school teacher next year than we had previously been told.

“I am glad we pay our tithing, “Lyndee told me when she called me to tell me about the email.