I read Edward J. Larson’s Summer for the Gods: The Scopes Trial and America’s Continuing Debate Over Science and Religion (Harvard Univ. Press, 1997) earlier this month, and was surprised to see the Book of Mormon appear in one of Clarence Darrow’s arguments to the court. Funny how little mention there is of the Scopes Trial in LDS discourse, given how often evolution seems to come up. I have some ideas on that. But first the interesting arguments made to the court by Darrow.

In 1925, the State of Tennessee enacted the following statute:


Section 1. Be it enacted by the General Assembly of the State of Tennessee, That it shall be unlawful for any teacher in any of the Universities, Normals and all other public schools of the State which are supported in whole or in part by the public school funds of the State, to teach any theory that denies the story of the Divine Creation of man as taught in the Bible, and to teach instead that man has descended from a lower order of animals.

Section 2. Be it further enacted, That any teacher found guilty of the violation of this Act, Shall be guilty of a misdemeanor and upon conviction, shall be fined not less than One Hundred $ (100.00) Dollars nor more than Five Hundred ($ 500.00) Dollars for each offense. 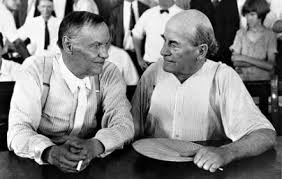 Clarence Darrow and William Jennings Bryan at the Scopes Trial

The Scopes Trial was a test case for the statute. The defense filed a preliminary motion to quash the indictment as violating provisions of the Tennessee state constitution granting freedom of speech and religion, barring unreasonable state laws and actions, and supporting science and education. A defense attorney first argued that “evolution is as much a scientific fact as the Copernican theory” and that “the State may determine what subject shall be taught, but if biology is to be taught, it cannot be demanded that it be taught falsely.” The prosecution responded that the state funded the public schools and the legislature therefore had both the right and the duty to direct what should be taught as well as what should be excluded from the curriculum. Few disputed that relevant point (who else could direct what should be taught in or excluded from the public schools?) and the case would likely have been disposed of quickly and quietly had the prosecution been able to restrict the case to that narrow issue. 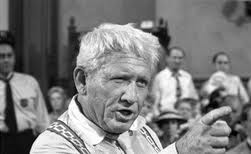 Darrow then argued (as summarized by Larson) that “the antievolution statute was illegal because it established a particular religious viewpoint in the public schools.” Darrow’s claim that favoring Christianity and the Bible over other religions or other sacred texts violated non-establishment or free exercise was well ahead of the legal precedent of the era, as summarized by the prosecutor: “The laws of the land recognize the Bible. We are not living in a heathen country.”


Hundreds of creeds existed within Christianity alone, he noted, not to mention all the other religions of the world. “The state of Tennessee under an honest and fair interpretation of the constitution has no more right to teach the Bible as the divine book than that the Koran is one, or the book of Mormon, or the book of Confucius, or the Buddha, or the Essays of Emerson,” he snarled. … The Bible itself contained differing accounts of creation, Darrow added. “It is not a book on biology, [its writers] knew nothing about it. … The thought the earth was created 4004 years before the Christian Era. We know better.” [Insertion in original.]

Despite Darrow’s impressive argument, the court denied the motion to quash and the trial proceeded. No one disputed that Scopes had taught evolution in class. On the seventh day of the trial, William Jennings Bryan, who was assisting the prosecution, agreed to go on the stand as an expert witness, where Darrow grilled him for hours. The court eventually cut off that examination and the case went to the jury shortly thereafter, which returned a guilty verdict in all of nine minutes. The judge imposed the minimum fine of $100 on the defendant.

Why Mormons Don’t Care About the Scopes Trial

First, it wasn’t really a Mormon fight. It was conservative Protestants like Bryan, not Mormons, who were out campaigning for antievolution statutes. So when public opinion eventually came around to viewing the Scopes Trial as a debacle, it was a debacle for fundamentalists, not for Mormons. We had our own traumatic events (the Utah War, the antipolygamy crusade that culminated in the Manifesto of 1890, the Smoot trial) that still receive a fair amount of attention, but the Scopes Trial is no more than a footnote to LDS history, whereas it occupies at least a couple of pages, if not half a chapter, in a history of conservative/fundamentalist/Evangelical Protestantism. 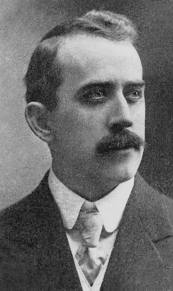 Second, we had our own much quieter Scopes Trial over a decade before the proceeding in Tennessee. You might call it the Chamberlain Affair — it was not a trial, after all — in which, in 1911, LDS faculty member Ralph Chamberlin (who had been the chair of the biology department at the University of Utah as well as the dean of its medical school before coming to BYU) and two other faculty members were criticized for teaching evolution and some elements of higher criticism at BYU (the evolution issue became the primary point of dispute). The three were called to Salt Lake City and interrogated for five hours by a committee of six apostles. Shortly thereafter they were pressured out of the BYU faculty when they declined to conform to the decision of the committee that they must cease teaching about evolution and conform their teaching as directed by LDS and school officials. The move was highly unpopular with the faculty and student body. You can read the whole story in Gary James Bergera’s “The 1911 Evolution Controversy at Brigham Young University,” a chapter in The Search for Harmony: Essays on Science and Mormonism (Signature Books, 1993).

Third, despite the somewhat public dispute between LDS authorities Joseph Fielding Smith and Brigham H. Roberts over evolution and subsequent anti-evolution statements by Smith and later by Elder McConkie, evolution is simply not an issue for Mormonism as it is for present-day Evangelicals. Evolution courses are taught at BYU (Elder Oaks gets some credit for this). Current general authorities largely avoid the topic. Even religion profs pretty much leave it alone, which is good for both students and religion profs.

I remember a five-minute shouting match between a religion prof and a student about evolution in one of my BYU religion classes. I didn’t think much of it at the time, except maybe that the student was a troublemaker. A few years later, having learned a thing or two about evolution, I looked back on it as evidence of how uninformed some BYU religion profs can be. Now I’ve moved to something of a middle position, recognizing there are some very bright religion profs with important things to say to students and who do good work. Hint to religion profs: the less you say about evolution, the more credible are your statements on anything else.

A couple of points in conclusion. It’s nice that evolution is not a live dispute within the Church and that Utah has not passed antievolution legislation. That’s one issue we’ve managed to avoid. And as Mormons we are fortunate that the broad view of constitutional religious protections voiced by Darrow in his argument did, in the second half of the 20th century, become the legal standard. As a religious minority often viewed by both mainstream and conservative Christians as only marginally Christian at best, we benefit more than we realize from the broad protections that courts now grant. Secularism is a double-edged sword: sometimes it pushes religion out of the public square, other times it prevents larger, more popular religions from pushing around smaller, less popular religions (that’s us). Personally, I’ll take my chances with secularism.

← An Answer for Daniel Peterson
“I am glad we pay our tithing.” →

29 comments for “Mormonism at the Scopes Trial”