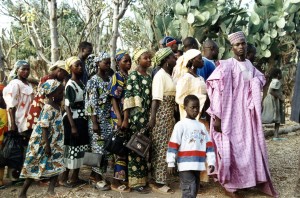 A modern Kapsiki groom, leading his bride (first one behind him)
with her friends to the dancing ground

No discussion in present Mormondom tops the issue of same-sex marriage. In the debates the notion of ‘traditional marriage’ is used, especially by people who want to limit marriage to a monogamous heterosexual union. Julie Smith, in her excellent guest blog, has shown that the gender division of providing and nurturing that is usually thought to be an integral part of so-called ‘traditional marriage’, does really not hold, but the notion as such is highly problematic.

First, what is marriage? Like no other academic discipline cultural anthropology has a wide and varied experience with forms marriage throughout the world, and it has developed its understanding of marriage with the findings coming in from different cultures. Just after WW II, at the heyday of a basic field research, the famous field manual ‘Notes and Queries’ could still define marriage as: ‘A union between a man and a woman such that the children born of the woman are recognized as legitimate offspring of both partners’ . This is in fact the old Roman definition, marriage as legitimation of children. The problems with this definition soon became apparent. With polygyny (one husband, more wives – see Mormonism…) this could be still apply, if each of the wives in a separate marriage. Among the Kapsiki in Cameroon, where I did my first anthropological fieldwork, this was clearly the case (the pictures are from that culture). But increasingly, the definition showed itself to be too restricted. In some cultures one woman marries more than one husband, a system called polyandry, which raises the question which of the husbands is the recognized father of the child. In many cultures the notion of legality is problematic, as there may be more than one form of socially recognized cohabitation of spouses, like civil marriages or common law domestic partnerships with varied rights and duties. Also, same-sex unions are not uncommon, in various forms. So, all in all, marriage is a fluid institution; if anything is ‘untraditional’ or ‘unnatural’ it is the rigid dichotomy married – not-married; this is a legal construct. 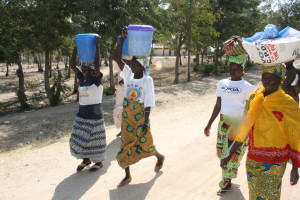 Kapsiki women in Cameroon bring a part of the marriage gift

Present-day handbooks in anthropology do not give a definition any longer, but recognize that all societies in the world have a crucial institution in which individuals are tied into a socially recognized union which is considered important in that culture. Defining marriage cross culturally is improductive, better to highlight that it accomplishes a series of functions : 1. Legalize the child; 2. Give exclusive access to the partner’s sexuality 3. Give rights to spouse’s labor; 4. Give rights over spouse’s property; 5. Establish a joint fund for the benefit of the children and for the spouses later in life; 6. Establish relations of affinity with spouse’s kith and kin; 7. Link groups in society into larger networks, i.e. alliances; 8. Generate chains of economic exchange; 9. A proper arena for interpersonal love.

In our western society numbers 1, 2, 4, 5 and 9 hold or may hold. Numbers 6 and 7 are extremely important in small scale societies. In African societies large gift exchange precede marriages, the so-called bride wealth. So nr. 8 is crucial throughout Africa, with marriage defined as a relationship between groups, not just individuals. Our western cultures defines marriage primarily as a relationship between individuals, and do not invest much in alliances and in-laws, and number 8 is mainly important in divorce. Nr. 3 is complicated in our culture. 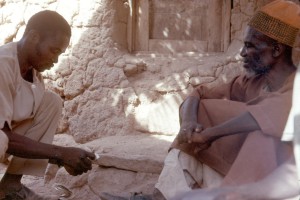 My assistant paying a bride wealth to his father-in-law

What does this imply? The first point is that in no culture all functions are relevant. So the notion of ‘traditional marriage’ has little meaning inside one’s own society. Also, marriage is a dynamic institution, constantly changing and adapting, and the various functions shift through time. In the debates one has to read ‘traditional marriage’ as ‘The type of marriage we think that has been dominant in the recent past’. And of course our deep past has shown other types of unions than accepted today: ‘history is a foreign country’. Second, ‘traditional marriage’ has no meaning at all outside one’s own culture; in that setting it would comprise all forms marriage has taken in all cultures and societies, and that is definitely not what the debaters using the term mean. Marriage consists of a bundle of rights and duties that varies with culture and onto which another culture has no business imposing its definition.

So marriage is diverse, varied, hard to define, but it is always present in some form. Also love is always present, but in most of history not very closely linked to marriage. All cultures recognize the flames of love, but most do not define it as a necessary precondition to marriage. In the words of a !Kung bushman women: ‘When two people come together their hearts are on fire and their passion is great. After a while the fire cools and that’s how it stays…’ But the link between romantic love and marriage is on the rise throughout the world, ever since this product of Western culture is spread by media and missionizing. 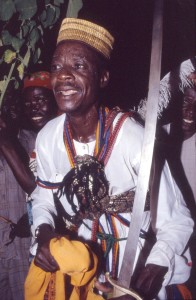 A Kapsiki groom in his full glory

Now the crucial question, marrying with what gender? Heterosexual marriage has been dominant throughout our history and in all cultures, in three forms. Monogamy, our presently exclusive way, forms a recognized type of union in all cultures and societies, but usually not as the only possible option. Others options can be polygyny (one man, more wives) or polyandry (one woman, more husbands), the two forms of polygamy. Each has their own dynamics, polyandry being the rarer variant, mainly occurring in East Asia and the Arctic. Polygyny occurs throughout the world, especially in all of Africa. One marriage type that we never found, in no culture, is a recognized union between several males and several females at the same time; in today’s parlance this is called ‘polyamory’, in anthropology a group marriage. That it does not exist as a socially recognized form of marriage anywhere in the world, is significant, maybe the one and only really ‘traditional’ aspect about marriage.

Among the marital options besides monogamy are also same-sex unions, between males and between females, and these occur in diverse forms. Male same-sex unions, for instance, are found in Native American cultures, as berdache unions, the male homosexual marrying a husband who may already have a female wife. The berdache is considered a third gender, just as a ‘male-hearted’ woman marrying another woman is a fourth one. In African cultures, where homosexuality is usually tabooed, marriages between women are not uncommon. In these so-called women’s marriages a rich childless woman pays the bride wealth for a younger wife, and for the children of the latter, sired by an approved lover or the husband of the older one, she will be the social father. This seems not to be a lesbian relation, just a way of having children or gaining social status. 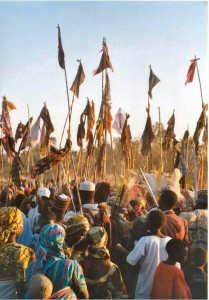 Viewing this flexibility, it is also clear that homosexual marriages as are developing now in the Western world, are a new phenomenon. In many historical cultures homosexuality found its niche within the total marriage system which was geared at heterosexual mates responsible for a next generation. So much of the present debate stems from the two factors: our system of formal laws attributing definite and exclusive rights and duties to the married state, and the ideology surrounding marriage – only heterosexual, strictly monogamous, based on romantic love. Both factors result in a dichotomous marital state, married or not, and then just between individuals. Children form a crucial part in any cultural definition of marriage, even if never exclusively so. Marriage is a social construct, as are motherhood and fatherhood, and different societies construe it differently. But the fact that it is a social construct does not diminish its importance, mainly because it is the way in which a society reproduces itself. 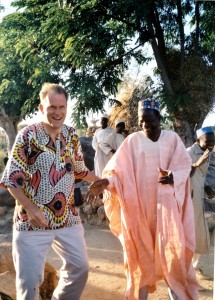 Throughout, one issue must be clear: marriage is a social phenomenon and a social construct, it became a religious one much later. I personally have no doubt that God smiles on marriage, but then He does so in many forms and settings. Religious ceremonies might or might not be part of the union, more often than people realize, they are not. For instance, many African cultures have no wedding rituals; the bride just moving in with the groom is defined as the establishment of their recognized union, thus as a marriage. The absence of ritual in no way detracts from the validity of the marriage, nor from the rights and duties pertaining to the institution. Here the USA is an interesting experiment, as the civil rights to establish a marital union have to a large degree been devolved to denominations, so the ritual of wedding has become quite dominant as a defining part of marriage. Whether this is a successful experiment, is debatable, especially at this moment of history. Anyway, no society has been found without a recognizable system of marriage, and anthropologists doubt whether any society ever will. Marriage is not a threatened institution, in fact this never could be the case. What is threatened is the exclusive definition of marriage as lifelong heterosexual monogamy, or a religious monopoly on defining marriage.

← The Bad Side of Jesus
Mormon Christianity: A Sympathetic View →

87 comments for “‘Traditional Marriage’: what are we speaking about? An anthropological view”