The argument against perpetuating normative gender roles has two prongs. First, there is the argument that gender roles do not offer anything that is not available to human beings autonomously determining their own roles. Second, there is the observation that no set of gender roles applies universally. There will always be those who, because of individual nature or life circumstance, cannot conform to the prevailing gender roles. In practice, those who conform least are most marginalized. Taken together, gender roles appear to offer little substantial benefit but carry genuine cost. So what’s the case in favor of gender roles?

The strength of the first prong of this argument rests on a misleading intuition. Generally, the more beneficial a thing is the easier it is to identify the way in which that things is beneficial. We all know penicillin is beneficial, and we can all state clearly exactly why. Therefore, the intuition goes, if gender roles are really all that important to society it should be the easiest thing in the world to explain how and why.

When it comes to human inventions, this is intuition is sound, but gender roles were not invented. Like language and markets, they belong to a class of social mechanisms that predate history. (This much is true whether they evolved, were instituted by divine fiat, or both.) Writing of these kinds of institutions, F. A. Hayek said:

It would be no exaggeration to say that social theory begins with—and has an object only because of—the discovery that there exist orderly structures which are the product of the action of many men but are not the result of human design. In some fields this is now universally accepted. Although there was a time when men believed that even language and morals had been invented by some genius of the past, everybody recognizes now that they are the outcome of a process of evolution whose results nobody foresaw or designed.

Because gender roles (in some form) have always existed in human society and because they were never invented or designed, we cannot apply the usual intuition that their primary effects should be obvious. The principles of the invisible hand and of spontaneous order have always been there, for example, but it wasn’t until Adam Smith identified the first in the 18th century and F. A. Hayek the second in the 20th that we had any notion of the functions markets played in society. They existed, but we didn’t know that they were important, let alone the extent and nature of that importance.

In fact, we still don’t know that today. The theories and tools best suited to tackling these kinds of issues have only begun to arise since the end of World War II, when the logistics of warfare on a previously unimagined scale spurred developments in scientific theory quieter but almost as profound as those leading to atomic power. We are still in the early phases of understanding these concepts (e.g. chaos, complexity, emergence, and complex systems) and how they apply to existing disciplines like economics, biology, and psychology. 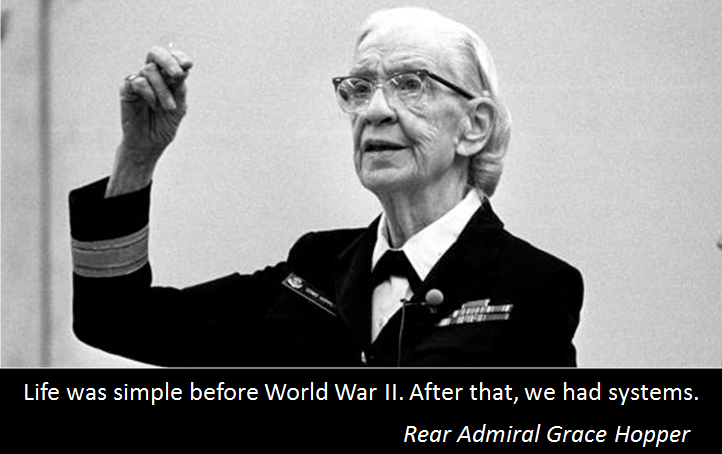 So we shouldn’t be surprised if the advantages of gender roles are non-obvious, but we also can’t assume that every long-running social practice is beneficial. It’s possible to understand what it is that societies got out of practices like slavery, infanticide, and even human sacrifice (no, really), but that doesn’t mean they should be perpetuated.

One argument for gender roles derives from the law of comparative advantage. This economic principle states that it is always best for two parties to specialize (and then trade), even if one of the parties is better at producing every single good. Applied to families, this law dictates that the parents (men and women) ought to specialize into complementary, non-overlapping roles to the extent possible. This argument doesn’t assume any particular gender role as a starting point. It suggests specialization in general, without indicating what those roles ought to take.

It’s not hard to see why this would lead to fairly conventional gender roles, however. As Julie Hartley-Moore recently explained here on Times And Seasons, the evidence for the comparative advantage of men at attaining resources is shaky at best, and highly dependent on available technology. But the comparative advantage of women at the other primary goal of families (raising children) is obvious and universal. Thus: it would make sense for women to specialize in nurturing children and men to specialize in something (anything) else.

One of the frequent responses to this idea is that there are very few tasks related to childrearing which only women can do, but that misunderstands the principle. The suggestion is not that women are exclusively capable of being caregivers, but that they have a comparative advantage at it, and that the optimal outcome for the family is when the parents specialize wherever they have any advantage at all. In a prosperous and affluent society it is easy to forget that most of human history has been dominated by struggle for survival. In those cases, specialization would have been a necessity. In our society, it is optional, at least for the affluent.

This raises a critical point: explaining why gender roles have existed in the past fails to illustrate why they should continue to exist in the future. Perhaps now that we produce so many excess resources as a society, the time has come to abandon gender roles. >I think that would be a mistake because I believe there is great value in the model of husband and wife as interdependent and complementary roles. Victor Frankl stated that:

If all men were perfect, then every individual would be replaceable by anyone else. From the very imperfection of men follows the indispensability and inexchangeability of each individual.

On one end of the spectrum, every human individual is unique. At the other end of the spectrum, we are all the same. In between, at the level of gender, we are divided into an us and a them. These are the three fundamental ways of learning to relate to the other: as the outsider, as the insider, and as separate groups. Gender is the one and only essential division of humanity that makes all three of these relationship models possible. All three are crucial to the human experience, and without gender as a meaningful bifurcation of humanity we are left with only two.

I don’t think that this is a conclusive argument by any means, but rather an important avenue of exploration. As politically charged and controversial as topics of gender and sexuality are, they are also sacred. Our society depends on the health of its families in ways that are profound, philosophical, and also literal. The inability to articulate precisely the beneficial aspects of our existing institutions should not be taken as an excuse for assuming that they serve no purpose when we know that we’re tinkering with the elements deep, deep in the heart of what makes human society tick. (It’s probably also the ideal example of when to rely most heavily on prophets and revelation, since we are operating well outside the bounds of settled human wisdom.)

As for the second prong of the argument against gender roles: It is understandable to oppose gender roles because of the sinful social judgmentalism that follows in their wake, but it is a dangerous path to tread because virtually all standards and ideals are susceptible to the same criticism. There is no principle or ideal that cannot be taken to an absolute extreme and become an evil. There is no behavior or advice that, while useful or even vital in the vast majority of cases, will not be detrimental to someone somewhere.

The problem with rejecting anything that runs the risk of marginalizing anyone is that we’ll reject everything. Ideals and principles make distinctions. That’s what they do. In a literal and real way, they discriminate. That word has such negative connotations in our modern society that we’ve forgotten that it actually just means “to differentiate”. It’s worth noting that this appears to be the fundamental activity of divine creation. During the Creation God  did not create from nothing. God created by imposing order on undifferentiated chaos. God created by separation: light from dark, a firmament to divide the waters, and then land from water. Even the last creation, humans, arose with a division between complementary partners: male and female.

The primary problem is that eternal principles can never be projected perfectly onto our imperfect and fallen world. When the Nazis come and ask if you are hiding any Jews, what do you do? You lie, that’s what you do. You throw honesty out the window and you prevaricate with the best of them. You deceive, and you do it as thoroughly and as convincingly as possible. All of the hard moral questions are not about the conflict between good and evil, but between competing goods. (And not even all of those questions are really hard.) Does the fact that sometimes honesty is not the dominant consideration prove that honesty is not a valid principle? No, it proves that we live in a messed up world, which we already knew. 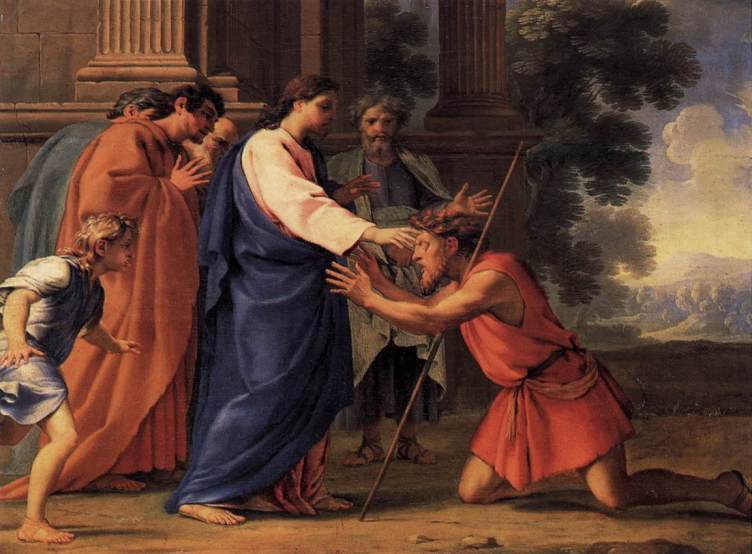 The quest for costless principles is understandable, but it is also futile. In this life, all principles come with a cost. Sometimes the cost is born by those who violate the principle, and repentance is their only relief. Sometimes the cost is born by the innocent who only appear to violate the principle, and in that case the fault is ours. We can’t control the former, but we can control the latter. Thus, our emphasis should be on learning to minimize the collateral damage of principles, rather than discarding more and more principles until we manage to find the one that offends no one. This is the meaning behind the commandment to “judge not.” If Christ’s only concern had been to eliminate judgmentalism He could have just eradicated the commandments and principles to which judgmentalism clings like barnacles to the hull of a ship. The only reasonable understanding of the “judge not” command is that Christ knew we would face the temptation to pervert righteous principles into marginalization and political power.

In summary: gender is a vital part of the moral human experience because it bifurcates humanity into separate and complementary groups, which has a profound influence on our ability to understand and relate to others. Gender roles (of some kind) are required to make the gender distinction real and complementary. Given the principle of comparative advantage and the scarcity of resource in our society, the general role of women to raise children and men to gather resources is most reasonable, although of course the breakdown is not that simple given resource constraints and other considerations. Moreover, the specific gender roles will shift with social environmental factors and also must be negotiated independently by every couple, who may deviate substantially from the aggregate expectation. These deviations are normal, expected, and shouldn’t cause anyone to judge, but sadly they will. Therefore, this principle will come with a cost that is all too often born by those who do not deserve to bear it. This tragedy is not unique. It’s part of the human condition. As with all unfair trials, the response it ought to call forth from us is compassion, support, love, and acceptance for all those who suffer from trials great or small.

This is my second post on the topic of gender roles. The first was: I Believe in Gender Roles. I plan to do one more in this series.

150 comments for “What Are Gender Roles Good For?”