There was one question in response to my last post that I particularly wanted to answer, but wasn’t able to at the time. This is the question, which was posed by Sebastian Dick: “What would it take to convince you that (in as much as you know anything) propositions such as God exists or the BoM is historical are false? Or do you consider such propositions unfalsifiable?” This post is my answer.

It is not a trite cliché that everyone has to believe in something. It is the literal truth. When your life has ended and you look back and see the decisions that you have made along the way, the pattern of choices will imply a corresponding constellation of beliefs. Those facts and principles that you affirm as relevant and true because they are made logically necessary by your actions are the things that you believe.

This perspective is a generalization of the economic theory of revealed preferences, so we can call it the theory of revealed beliefs. It eschews subjective feelings about what is true for the simple reason that we often do not know our own feelings. We sometimes think that we believe in something, but then behave in ways that contradicts that belief. These instrumental or fictitious beliefs are not, in my mind, the genuine article. 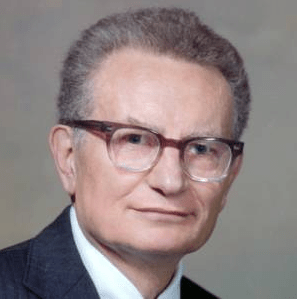 For the same reason, Paul Samuelson (who invented the theory of revealed preferences in 1938 and became the first American to win the Nobel Prize in economics in 1970) didn’t hand out surveys to ask people about their preferences. In his quest to provide an empirical basis for the concept of utility, he determined that the best route was to allow folks to reveal their preferences through their choices. These revealed preferences could then be represented by utility functions, and the rest of the discipline could chug along on top of this new foundation more or less as before.

According to the theory of revealed beliefs, preferences are just one of a variety of beliefs that we reveal (or perhaps create) as we make choices in our lives. The challenging decisions and sacrifices we face in life are there by design to force us to reveal/create our beliefs in a more granular way. If you’re rich enough, then paying tithing doesn’t force you to differentiate between obedience and material comforts. Scarcity of time and resources force us to make meaningful choices, and these reveal what we really believe.

One consequence of the theory of revealed beliefs is that it makes sense to talk about a person’s beliefs independently of that person’s opinion about his or her own beliefs. As long as a person acts in a purposeful way, then the collection of principles required to rationalize their behavior constitute their beliefs.

So everyone has to believe something. You don’t get to opt out. As long as freedom is inevitable (which it is), choice is inevitable. And as long as choice is inevitable we will make purposeful decisions that reveal our preferences and also our beliefs. The only possible alternative is to engage in purposeless, random action. But even if that were possible over a long period of time (which I doubt) it is a kind of belief that has a name: nihilism. Therefore: That we will believe is not in question. The question is what we will believe in and, even more importantly, why. 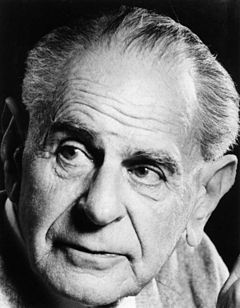 In our society, it is common to promote science as a model for general belief, but this is neither feasible nor advisable. So I disagree with the implied dichotomy of the original question: that either nothing can convince me that God does not exist / the Book of Mormon is ahistorical, or that those propositions must be falsifiable. Falsifiability, especially as advanced by Karl Popper, is not a general prerequisite for a thing to be held as true. In fact, it’s quite the opposite. The null hypothesis in any experiment must be falsifiable, but it is never confirmable. That is why any statistician will tell you that we either reject or fail to reject the null hypothesis, but we never accept it.

More importantly, Popper’s philosophy of science is not a Swiss Army epistemology. He used falsifiability as the line of demarcation between science and everything else, where “everything else” is the category containing every proposition or principle related to philosophy, religion, interpersonal relationships, metaphysics, history, art, and so forth. There are many, many things which are not falsifiable about which we can reasonably hold beliefs. All this tells us is that not everything that is reasonable is also scientific.

In practice, it is quite hard to prove a negative such as the non-existence of God or the ahistoricity of the Book of Mormon. In that sense, these beliefs are not independently falsifiable in the same way that a formal scientific hypothesis must be independently falsifiable. But that doesn’t mean that they are unassailable. My belief in God can only survive as long as it is the belief that best explains the experiences and evidence I have available. When a competing belief better explains them, then I will relinquish belief in God in favor of that superior belief.

In this sense, a change in belief should always be a kind of growth and never a retreat. We have to believe in something. So which ever theory best fits my experience: that is what I will believe. Even if it doesn’t fit perfectly and even if I can darn well see that it doesn’t fit perfectly, I will still cling to it—warts and all—until my experience, my understanding, or both change to the point where I have some better model I can upgrade to. The two key points are these: we should be tolerant of some degree of error in our beliefs and we should seek to change beliefs only by upgrading. (We might get it wrong, of course, but we should always be attempting to move onward and upward.)

Some critics of Mormonism or religion in general seem to discount the inevitability of belief and therefore miss these two key points. Rather than criticize religion in comparison to some competing belief, which is rational, they sometimes engage in purely negative attacks with no alternative belief specified, which is not. This implies that they believe some degree of error in a person’s belief is sufficient to abandon that belief. In favor of what alternative? Some never say, or at least not until they have first attempted to get you to discard your current belief.

But all beliefs are flawed by definition because we, who conceive and hold those beliefs, are flawed. Belief is a model of the world, of what is relevant and what is true, and we know axiomatically all models are wrong. I read somewhere that it is not only banal but vulgar to criticize a model for being wrong, and though I’ve been unable to find the original source I passionately agree with the sentiment. The question is never between erroneous belief and pure, unsullied truth. It is always between different sets of competing erroneous beliefs. Don’t just try and tell me that what I believe is wrong. Tell me what I should believe that is better.

Of course there are times when some piece of evidence that we had viewed as reliable turns out to be unreliable, and in that case we do need to adjust our beliefs to accommodate less evidence than we had before. Even in that case, however, we ought not to fool ourselves into thinking that we can simply stop believing. We can only believe in different things. So a consciously embraced religious belief that is discarded without a consciously embraced alternative results in an alternative that is embraced unconsciously. We become alienated from our own beliefs and no longer actively involved in determining the constellation of principles that will guide our actions. This is regress rather than progress.

This may explain some of the trauma that people experience in faith-crisis, and it accounts for the necessary period of rebuilding that follows thereafter. Whether we keep our faith or discard it we eventually have to reconstitute a set of beliefs. To the extent that rebuilding is conscious that is a good thing. But separating the decision of whether or not to maintain our current beliefs from the question of what beliefs to adopt instead can have deleterious ramifications.

For example: let’s say someone convinces you to stop believing in God with a purely negative argument. Suppose it’s a good argument, like the problem of evil. Now you’ve got a gaping hole in your system of beliefs, and that’s painful. There’s a horrific sense of loss, almost like a physical amputation. Sometime later, you find that it’s time to rebuild. As you look for a way to fill the hole or realign your beliefs around the hole, you may naturally rule out any belief in God. And that’s the problem: what you abandoned was one particular conception of God. There are lots more, and perhaps some would have served as a replacement. But because you didn’t look for a replacement until after discarding the existing belief, you may never be able to consider alternative theistic beliefs. This is just a thought experiment, but it illustrates the possible peril of evaluating beliefs based only on correctness and not on a comparison with the available alternatives.

So let me recap here at the end to ensure I am answering the question directly. First, we all have a model of the world. This model constitutes our set of beliefs, and it is revealed through our actions. All models are wrong, but—because we need some model to operate by—belief is inevitable. The question of what to believe is therefore a question of which among many competing, flawed sets of beliefs we should embrace. We should answer this question squarely by being tolerant of errors in our beliefs and by always striving to replace a current set of beliefs only with a better set of beliefs. A set of beliefs is better when it is at least as good in terms of correspondence with evidence and experience, internal coherence, and explanatory / predictive power and is strictly better in at least one category. I also happen to believe that what is more true is more beautiful, but perhaps that is not necessarily the case.

In any case: that’s my paradigm. And, according to this paradigm, the thing that would convince me that the Book of Mormon is ahistorical or that God does not exist is a competing set of beliefs that, while flawed, was at least as compatible with my experiences and evidence and also offered more internal coherence or explanatory power or what have you. This could happen because I encounter new evidence that makes a model I’m currently aware of but do not consider viable to suddenly seem more viable or because I encounter a new model I’d never considered before or some combination of the two.

I have more to say about this paradigm as it relates to faith crises (1,598 more words so far, to be exact), but it will have to wait for a week or two.

← Sexism and Ordination
Whining at Moses →

47 comments for “What It Would Take to Not Believe”