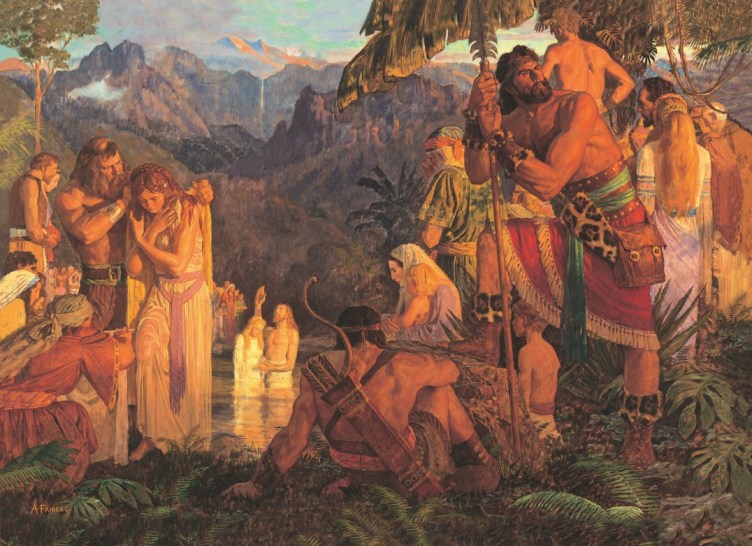 Behold, here are the waters of Mormon and now, as ye are desirous to come into the fold of God, and to be called his people, and are willing to bear one another’s burdens, that they may be light; Yea, and are willing to mourn with those that mourn; yea, and comfort those that stand in need of comfort… Now I say unto you, if this be the desire of your hearts, what have you against being baptized in the name of the Lord? (Mosiah 18:8-10)

This passage has been on my mind a lot over the past couple of weeks, and I wanted to share some thoughts on what it means to mourn with those who mourn in the context of recent events. I do so acutely aware that due to my skepticism of OW I am something of an outsider. And that’s my first thought: the call bear one another’s burdens is a call to cross the lines of insider and outsider.

Think of the example of Jesus Christ outside the tomb of Lazarus. He knew where Lazarus had gone, and He also knew He had the power to bring him back again. What power did death hold over the Savior, that He should mourn the passing of a friend for His own sake? And yet He wept. He mourned with those that mourned.

The drawback is that among those of us who lack Christ’s perfect empathy, we are left in a position where those with little understanding are still under obligation to sincerely try and offer comfort. This can lead to variable outcomes. I hope I can offer a perspective that at least does more good than harm.

A story that seems useful to consider is that of Helmuth Hübener. He was a young man in Germany during World War II who was executed by the SS for spreading allied propaganda. He was also a Mormon, and his branch president–who was an ardent Nazi–excommunicated Hübener. It wasn’t until the war ended years later that Church leaders were able to posthumously reinstate Hübener.

So what was Hübener’s status during those two years? Do we imagine that the branch president’s authority confined this brave young man’s soul within a spiritual prison until the excommunication could be countermanded? I suppose it is possible, but it’s a strict legalism that seems totally foreign to me, akin to worrying that your child will be consigned to a lower kingdom if you miff the wording of the baptismal prayer and no one catches it. It’s particularly strange to see such fierce devotion to superficial legalism from folks who generally tend to emphasize the fallibility of leaders. Shouldn’t that fallibility necessarily come with a corollary that their fallible actions are not the end-all, be-all of salvation?

On the other hand, one of the hallmarks of this mortal probation is that actions have consequences. Perhaps this extends even to leaders wrongfully excommunicating members. In that case we must believe that God is able to rectify those errors. “If the very jaws of hell shall gape open the mouth wide after thee, know thou, my son, that all these things shall give thee experience, and shall be for thy good,” said the Lord to Joseph Smith. After all, “The Son of Man hath descended below them all. Art thou greater than he?” (D&C 122:7-8)

If the excommunication of any person is carried out in contravention of God’s will we must imagine either that it has no spiritual effect, or that God is ready, willing, and able to provide restitution in His time. If, on the other hand, the excommunication of any person is carried out in accord with God’s will then it is an act of mercy. First, because it affords a person who has gone seriously off the path an opportunity for recognition and repentance. Second, because such a person has already cut themself off from the blessings of membership in the Church, but still stands in condemnation of the covenants that they have violated. In this case, excommunication frees them from obligations they are no longer fulfilling. 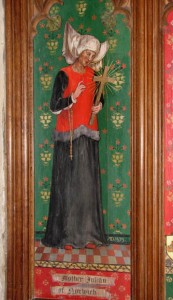 There is no scenario in which someone’s spiritual life is taken out of their hands and out of God’s hands and placed in the hands of another human being instead. An excommunication can never be a spiritual assassination, no matter how great an error may or may not have been committed.

This does not mean that anyone should be unconcerned by an excommunication, of course. Excommunication, right or wrong, is never something to celebrate or take lightly. An excommunicated person is forcibly severed from a social and a cultural heritage that they cherish. Regardless of any other factors, that itself is a painful thing for me to contemplate. My heart goes out to anyone who has to deal with such a trial, and also to family and friends who are affected as well.

I know, relative to the tragedies many have faced, that my life has been lucky and easy and even routine. I hold myself no expert on pain. But, during darker times I have gone through, there’s a phrase that has brought a measure of peace. It’s from a vision of the 14th century Catholic mystic Julian of Norwich. In one of her visions, God told her: “All shall be well, and all shall be well, and all manner of things shall be well.” These aren’t words to dismiss the feelings of those in pain. Just a reminder that there is always hope for a brighter tomorrow.

And God shall wipe away all tears from their eyes; and there shall be no more death, neither sorrow, nor crying, neither shall there be any more pain: for the former things are passed away. (Revelation 21:4)

← What Are the “Blessings of the Priesthood”?
Upcoming Book Events – July 2 →

20 comments for “Comfort Those That Stand in Need”