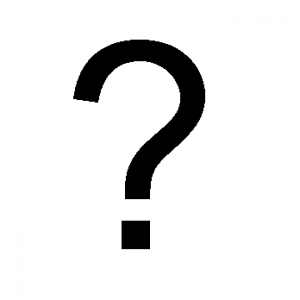 Better than an exclamation point.

In statistics, a popular approach is to think of the statistician as having a set of views (“priors” or “prior distributions”) that are based on past evidence and when new evidence comes in, one integrates that information in and forms a new set of beliefs (“update your priors”).  So, for example, if I think I am brilliant in math, a series of poor math test grades even after studying might convince me to reassess that belief.  Alternately, I could stick with my priors and treat the new evidence as flawed or not informative because I am mad or upset.  This is especially applicable on days when new, perhaps startling or emotional, information comes out and everyone, or at least a bunch of bloggers, jump in to say what they think is really going on.  In many cases I think they are largely working off their priors, rather than off the new information.

In light of that, it is often best to avoid making strong claims about who did what and why when so little is known.  One should not presume motives are fully understood when there may have simply been a miscommunication or just standard human error.  One should be charitable when filling in the blanks.  Especially when most things are blanks.

← Will No One Rid Me of This Turbulent Priest?
Literary Worship: Eve →