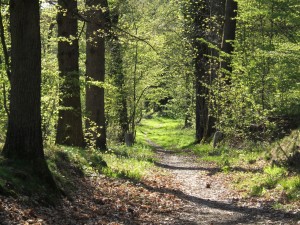 Maybe women will be restored to their former position as a parallel priesthood organization and be granted hierarchical and cultural equality in the Church. I believe that this would be the more creative, historically contiguous, and ultimately most satisfying route. Alternatively, there is the simpler and currently more conspicuous option of merely ordaining women to the Melchizedek Priesthood. Maybe neither of these things will happen. None of us know right now.

One thing that’s become very apparent of late is that some of those who speak in opposition to women’s ecclesiastical enfranchisement do so because they can’t imagine what a faithful, coherent narrative of our dispensation could possibly look like if women’s priesthood role were restored and developed or if they did receive the Melchizedek Priesthood. I find this very troubling. To be clear, it is the inability to grasp why this is such a pressing issue or to envision what a faithful narrative of women’s priesthood could possibly be in the wake of Elder Oaks’ General Conference talk and Sis. Kelly’s excommunication – that’s what worries me.

This ought to worry all of us – including those who oppose women’s priesthood. Being trapped within one’s cultural-conceptual framework, a lack of creative socio-theological imagination, is a frequent stumbling block to God’s people (for example, see any of the standard works). But rather than spend my time on that issue, maybe it’ll be more constructive to offer different potential faithful narratives.

1. Priesthood is predicated on asking. This is the stereotypical liberal view and is often responded to with the stereotypical assertion that to think our prophets haven’t asked is either culpably naive or flatly disingenuous. A more nuanced articulation is that asking after the mysteries of godliness is not mere asking (D&C 9:7). Rather, asking takes genuine study, reflection, and collective sanctification, sometimes over a long period of time. Consequently it is no surprise that an answer has not come as soon as we’ve begun to ask – especially when the question is as close to the root of our theology and comes with as convoluted a history as does this question of women’s relationship to priesthood and leadership. According to this narrative, it is just as significant that our current leaders (as well as all past prophets) have not offered a revelation denying women priesthood as it is that they’ve not responded positively on the issue.

2. Priesthood requires Abrahamic pursuit. This narrative builds off of both Abraham’s and Moses’s experiences with the priesthood. Abraham was not merely granted the priesthood, despite it being a righteous and exalting good, and despite his faithfully asking for it. Rather, obtaining the priesthood and its associated rights, privileges, and blessings took a serious maturing process. It is also significant that Abraham did not receive everything all at once (nor did Jesus for that matter, and D&C 93:6-20 makes the comparison to ourselves explicit). A fullness of the priesthood and priesthood covenants came only after an “Abrahamic sacrifice.” It is significant that this dedicated pursuit after the priesthood was itself a critical part of Abraham’s maturation (note: both Genesis and Abraham detail this righteous pursuit and maturation). On the flip side, Moses was taught that the children of Israel were denied full access to the priesthood specifically because they refused to sanctify and exert themselves. The generation that saw the hand of God part the waters, that experienced deliverance firsthand, yet could not and never did escape their cultural and theological trappings. Consequently, they could not accept either a fullness of the priesthood or the promised land. Instead, a new generation had to grow up as a covenant people by wondering in the wilderness.

3. God allows us to choose. There is a great deal that we find inescapably important that, empirically speaking, God doesn’t seem much worried with (or at least, is not at all worried in the same way that we are). Our immediate sufferings are a great example. This narrative notes that who has the priesthood and to what extent varies radically in the scriptures, and combines this fact with the great importance of our own agency. God delivers the Law (on Mt. Sinai, Golgotha, Cumorah) but it is our duty as the covenant people to embody that law in our particular life and so continually work out it’s particular meaning. Being a covenant people is a genuine relationship, not a dictation. In this case, the important thing with regard to God’s plan for this dispensation is that we do in fact have the priesthood and the necessary keys for our work have been restored. Who operates with this priesthood is left up to us. All white men gain access to the Aaronic and some to the Melchizedek? Fine. Grant white boys at 12 the Aaronic and reserve the Melchizedek for men 18 and older? Ok. Grant priesthood to men and boys of all races? Sure. To date, we’ve been unwilling to really negotiate together and explore the theological possibilities open to us with regard to women in the priesthood. If we do and elect to pursue it, an effectual door will open.

4. The Relief Society has been a preparatory state. We might interpret the significance of Joseph Smith’s establishment of the Relief Society and “turning of the key” as a preparatory state – much as the Aaronic Priesthood throughout much of Israel’s history functioned as a preparatory priesthood. In this case it’s not simply that the women were themselves put through a school, but rather that the entire church – including men already ordained – required the leavening of a few centuries where over half of our membership were taught and raised up to the ideal of humanitarian service. Hundreds of years of Aaronic priesthood (held only by a few) and the attendant work of sacrifice at a temple in Jerusalem prepared the world for the sacrifice of Christ in the same location, together with the tearing of the veil and the fulfillment of that law and priesthood. Having undergone our own school in this dispensation with a portion of our people focused on charity, we might now be in a position where both the women and the men in the church will be better able to utilize the priesthood in the service of not only the Kingdom of God on the earth, but also all the world.

5. Priesthood comes line upon line. Alternatively, we might understand the Relief Society as Joseph’s attempt but our own collective failure to reimagine an ecclesiastically egalitarian society (in the sense of every worthy member having the opportunity to be chosen, called up, and ordained to the priesthood). Joseph once said, “It is my meditation all the day, and more than my meat and drink to know how I shall make the saints of God to comprehend the visions that roll like an overflowing surge before my mind” (16 April 1843). He’d surely say the same thing were he with us today. Perhaps we have been culturally bound and unable to rise up and accept the blessings that God intended for us back at the establishment of this dispensation. God gives us line upon line, precept upon precept, and as we finally accept what’s been given, God will give more (II Nephi 28:30). God gave us the Book of Mormon, and when we have taken it seriously enough, God has promised more. So too, we might say of the Relief Society and its priesthood destiny.

6. We have apostatized from ultimate priesthood fulfillment. One might offer an even more critical self-assessment of our unwillingness to receive God’s blessings. We might posit our situation as being in mild apostasy. Finishing the verse about God giving us line upon line, we might note to ourselves that “from them that shall say, We have enough, from them shall be taken away even that which they have.” God gave us the land of Zion in Independence, but as a people we were not ready for it. God encouraged us to more cooperative, Zion-like forms of economic activity, and at times they served us quite well—but ultimately we shied away from it. Neither of these destroyed our dispensation. But in both instances there are significant blessings that we failed to obtain. Perhaps we have done the same with women’s priesthood opportunities, and consequently we are wondering the wilderness longer than is necessary.

Again, none of us know – or at least, none of us both know and have the authority to pronounce what will happen. This fact is made more apparent as we realize that there are strong, faithful narratives that might unfold. Should those revelations come, it will be just as Bro. McConkie put it with regard to an earlier change:

These words have now taken on a new meaning. We have caught a new vision of their true significance. This also applies to a great number of other passages in the revelations. Since the Lord gave this revelation on the priesthood, our understanding of many passages has expanded. Many of us never imagined or supposed that they had the extensive and broad meaning that they do have. . . . It is a new day and a new arrangement, and the Lord has now given the revelation that sheds light out into the world on this subject. As to any slivers of light or any particles of darkness of the past, we forget about them. We now do what meridian Israel did when the Lord said the gospel should go to the Gentiles. We forget all the statements that limited the gospel to the house of Israel, and we start going to the Gentiles.

I would enjoy hearing any developments or alternative faithful narratives you can envision.