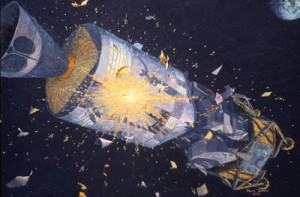 Artist’s rendering of a serious problem.

It has always been the case that some missionaries “come home early,” as the gentle phrasing goes. It turns out that more missionaries are coming home early than ever before. The percentage is now into the double-digits, and it turns out the folks in Salt Lake City are already well aware that we have a problem. This is based on information quietly passed down the priesthood chain, coupled with an urgent request to extend support and guidance to our young men and women as they prepare for and depart on LDS missions. So the leadership recognizes there is a problem and, surprisingly, the young returning missionaries are not being blamed. But acknowledging a problem is only the first step. What is going on and what can be done to improve things? How can we fix the problem?

Dropping the eligibility age to 18 for young men and 19 for young women is part of the story, particularly for the young men. That extra year apparently gave some “away from home” experience to the 19-year-olds that some if not all of the 18-year-olds lack, experience that helps struggling missionaries get through the first few difficult months. But the surge of missionaries now serving must also have an effect. First, with an overabundance of missionaries in most missions, a mission president is more likely to support a struggling missionary’s request to return home. Second, with more missionaries serving in each mission, individual missionaries likely get proportionately less attention from their mission president and other senior leaders.

However you slice it, it is fair to conclude (1) that a rising come-home-early rate is a serious problem; and (2) that we largely caused the problem ourselves by lowering the missionary age and, by doing it willy-nilly, creating The Surge. One solution is to simply bump the age back up to 19 for young men but I doubt such a policy reversal is going to happen in this case. How would you explain “unhastening the work”? (Although the 18-month mission for young men was reversed within a year or two of implementation.) We need a different solution. Let’s dip into our Apollo 13 toolkit. “Let’s work the problem people. Let’s not make things worse by guessing.“

An ugly word for a beautiful concept. Many who come home early have perfectly legitimate reasons for doing so. A medical challenge. Clinical depression. A catastrophic failure of faith. I have heard that “anxiety” is being cited as the reason for many of the current early returners, which is something of a catch-all term for the inability to cope with the rigors and challenges of missionary life, but doesn’t really explain what is causing the problem. What if we just give them a “home leave” of three or four weeks with an invitation to return to their mission or, if appropriate, be sent to a different mission? Sort of like the home leave that combat troops get. I know a missionary who came home for a month to deal with depression, got some help, then went back much happier and completed his mission. There are some simple changes that can be done to address this problem if we just get out of our policy straightjackets. “Let’s look at this thing from a … um, from a standpoint of status. What do we got on the spacecraft that’s good?” Every missionary who comes home early has many good things to work with, including a desire to serve a mission (why they went in the first place). Build on those good things for a month, then give them a second chance to succeed if they want it. Both we, as members, and they, as missionaries, need to destigmatize the early return — whether they go back and continue to serve or whether they move on with life. Anyone who even tries to serve an LDS mission deserves our respect as church members.

Seriously, What’s Wrong With a Phone Call Home Every Week?

One guess I have heard in connection with these early returning missionaries is that kids these days are so attached to a nonstop feed of Facebook, Twitter, and texting that they go into shock when, as a missionary, they are cut off from all electronic social interaction. I doubt this is generally the case. But why do we still do this? The idea that missionaries need to be or should be cut off from all communication with home and family apart from a weekly letter back home and two phone calls a year seems like a policy that has outlasted its usefulness. Even prisoners get visits and phone calls. Just let missionaries Skype home every Sunday night. You’ll see a lot less anxiety. “I don’t care about what anything was DESIGNED to do, I care about what it CAN do.” Missionary isolation was designed to strengthen and focus young missionaries. Well, that’s not working, folks. Change the procedure.

When three of these guys came home early, everyone celebrated.

New Goal: A Better Experience for Every Missionary

LDS missionaries are called on proselyting missions. Teaching the gospel to interested people and generating a conversion process capped by baptism into the Church has been the primary goal if not the sole goal of the whole enterprise, at least as interpreted and implemented by most mission presidents. Those who have not served a mission simply cannot understand the pressure that young missionaries are under to produce the kind of statistical success that many mission presidents demand in terms of contacts, referrals, teaching, baptismal challenges, and of course baptisms. But as culture has changed in the US (and has been changed for some time in Europe), fewer people are interested in religion. Those who are tend to be looking for a spiritually uplifting and engaging community and Sunday worship experience, not “the true church.” Even for believing and practicing Christians, looking for the true church makes about as much sense as looking for the true car. The Mormon message, as articulated in our proselyting model, really doesn’t match the religious market these days. Rather than pressuring missionaries to produce what the religious market can’t deliver, we need to rethink what we are asking missionaries to do. A mission doesn’t have to be like a root canal.

If 10% or more are coming home early, that probably means 30% wish they could, at least for a time. So we simply need to improve the experience for missionaries. Let me say that again: We need to make the LDS mission a better experience for our missionaries. Like tomorrow. Some ideas you have no doubt heard already and some changes are already being made. Here are a few that spring to mind.

Maybe you have better ideas for helpful changes to make LDS missions a better experience. We need a longer list of ideas. We need to do some test marketing and pilot programs. We need to try something a little different.

Failure Is Not an Option 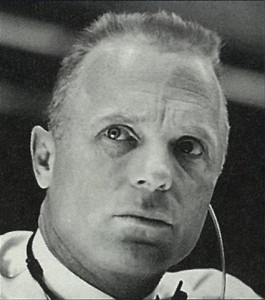 A shorter mission than planned, but he got them home.

We don’t send missionaries out to fail; we send them out to succeed. We shouldn’t define success solely or even primarily in terms of baptisms accomplished (the proselyting imperative). I think we should define success largely in terms of the quality of the missionary experience. Sacrifice and hard work are part of the program, yes, but if one in seven of your missionaries are coming home early, there is a problem with the program.

Here is how Gene Kranz felt about his astronauts: “We’ve never lost an American in space, we’re sure as hell not gonna lose one on my watch! Failure is not an option.“

That is how we ought to think about our missionaries.

← Book Review: Way Below the Angels
The Hypothetical “Missionary Library” →

101 comments for “Salt Lake City, We Have a Problem”