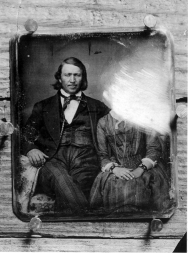 Here are the words that President Uchtdorf used in his talk at the General Women’s Meeting:

I am honored to have this opportunity to be with you as we open another general conference of The Church of Jesus Christ of Latter-day Saints. In the coming week the First Presidency and the Twelve Apostles will meet with all the General Authorities and general auxiliary leaders, and the remaining sessions of our worldwide general conference will follow on the coming Saturday and Sunday.

If that seems innocent to you, it is because you haven’t been following the to-do regarding whether the General Women’s Meeting is or is not part of General Conference. Data points scatter in all directions on this issue.

The opening prayer Elder Bruce A. Carlson of the Seventy gave at the priesthood session referred to that meeting as the fourth session of General Conference (which means that the Women’s Meeting counted as a session). You can hear him say “fourth session” in this clip. However, if you go to the General Conference archives at lds.org and listen to the opening prayer, you will notice that they (whoever “they” is) mute the word “fourth.”

This is one weird little incident that no one should care about too much by itself. Unfortunately, it seems to fit a pattern of church response to anything related to women’s issues. Note how the same kinds of things were done in the response to Ordain Women:

2. The church response turned a molehill into a mountain. Had the church initially permitted women to attend priesthood meeting, I imagine a max of a dozen would have shown up. And what precisely are the negative consequences of counting the Women’s Meeting as a session?

3. The response became (or: has the potential to become) a PR nightmare. We’ve all seen the headlines that OW garnered. And now the church has edited a prayer (a prayer, of all things!). The word “Orwellian” is just too easy to reach for in these circumstances. As if many people would even listen to the prayer for the session again (I realize people use the talks a lot, but the prayers? They could easily have left it to languish in obscurity.) I also worry that anyone who becomes aware of this incident will think the church is creepy for editing a prayer and ignorant of how the Internet works, since the original and edited versions are easily available. This is the last thing that an organization accused of hiding its origins needs to be doing in 2014.

4. The response suggests disorganization, since President Uchdorf’s words don’t mesh well with the edited prayer. I will suggest that on no other topic would we tolerate the all-over-the-map-ness that we tolerate on women’s issues in the church. Andrea Radke-Moss summarized it perfectly:

Similarly, I can’t identify the coherence in (1) denying women entrance to the conference center, (2) broadcasting the meeting so women can watch it at home, and (3) telling local leaders to discourage-but-not-prohibit women from attending at meetinghouses (a policy which, at any rate, was not consistently followed this weekend). And, depending on which source you check, the Women’s Meeting is–or is not–part of conference. I think the tolerance of the conflicting messages related to women’s issues directly reflects–or stems from, or, at the very least, conveys–the belief that these issues don’t matter enough to think through.

The idea of editing a prayer so that no one would think that the General Women’s Meeting was part of General Conference really grates on me. If you had set out to find one petty, bureaucratic, and completely meaningless way of being sure that Mormon women get the message that they don’t “count,” you couldn’t do any better than this–altering the words of a prayer so that their meeting literally does not count. And the real shame of it is that the General Women’s Meeting itself was nearly perfect in every way.

Update 10/10: I asked Public Affairs to comment on who was responsible for the edit and editing policies in general. This is the response they gave me:  “While the women’s meetings have long been an important part of general conference week, they are not usually referred to as a session of general conference. Edits are routinely made to general conference proceedings prior to publication of the official record. In this case a simple edit was made by the conference producer to reflect the usual numbering of the sessions.”

Update 10/13: On lds.org, there is a piece called “20 Memorable Events in General Conference History.” Here’s the entry for 2014: “In March, the Church held a general women’s meeting including girls eight years and older that replaced the annual general Relief Society and general Young Women meetings. At the meeting in September, it was announced that the general women’s meeting was the first session of the semiannual general conference.” While I found this on October 13th, it was actually published on October 3rd, after going through Correlation as part of the Church News. I see no way to reconcile this with the statement from Public Affairs.

Update 10/30: The First Presidency has decided that the General Women’s Meeting is now formally part of General Conference. Announcement here.

← Expectations and Meet the Mormons
Recommended NT Resources, Part 1: Translations, Text, and the Bible in General →