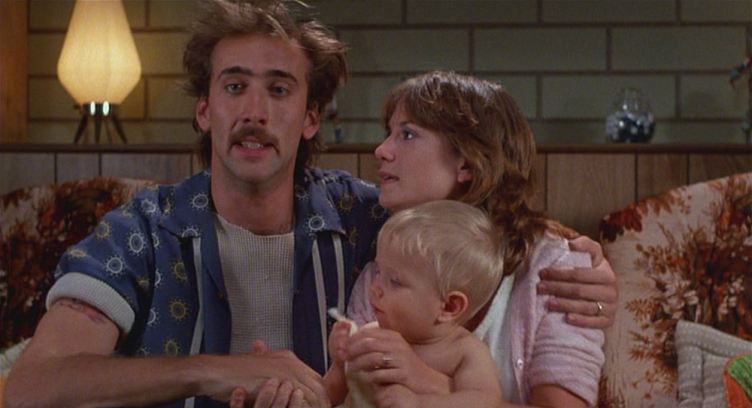 Last month, my friend Betsy VanDenBerghe wrote a piece for Real Clear Religion inspired alternately by Pope Francis and the Coen brothers’ 1987 comedy Raising Arizona about Why Children Are Better Than Pets. Her central question was:

What would a society of adults skewed toward childlessness, like the perpetually barren Time magazine beach couple, look and act like without having acquired the altruism, personal growth, and wisdom that bringing up children generally bequeaths on those who undergo parenthood?

Her piece really resonated with me.

My life has not gone at all as planned over the last several years. Without going into any gory details, I started a new job in 2008 and the training materials bragged about inventing the mortgage backed security. A couple of months later the housing bubble burst, and a couple of months later I was part of company-wide layoffs. In the years since then, I’ve worked hard, helped to launch and run a startup, earned a second master’s degree, lost a house and become a renter again, and at the end of all of it I’m not quite back to where I was before it all started. Except for the debt, I’ve collected lots of that.

It’s been one long comedy of confounded expectations, and an altogether unpleasant experience. During this time, two things have kept me going. First, I realize that bad times always feel worse when you’re going through them then they do once you come out the other side. It reminds me of the last time I caught one of those really awful but really fast-moving stomach bugs. It was a few months ago, and I’d helped my kids through it before I got hit, so I knew what was coming. I prepared by making a nest for myself on the sofa downstairs (to not bother my wife) and even lining up a couple of brainless action movies to distract myself. It would be bad, but it would be over quickly.

These preparations were in one sense basically useless. I barely made it through one movie on the couch before I was too sick to leave the bathroom. While I lay curled on the floor in there, my experiential world telescoped down on the bare, physical misery until there was room for nothing else. Some part of me knew that by morning the whole ordeal would seem like just a bad dream, but most of me found “the morning” to be a hopelessly irrelevant abstraction. Time itself seemed to have lost all meaning.

And then morning came and even though I tried to hold onto the euphoric gratitude of feeling well again, within a few hours the hedonic treadmill had done its work. Physical health was once again just the baseline.

In terms of making the ordeal more pleasant: knowing it would be over was meager comfort. But the knowledge was useful in another way because I had a plan and—when I was too sick to trust my decision making—I stuck to it. Stakes are pretty low when you’re trapped in your bathroom, so the plan (mostly: don’t wake the kids or the wife) didn’t matter much. Stakes are a little higher when you’re wallowing through a tough time in your life, but the principle is the same. Perspective won’t make it hurt less, but it can help you grit your teeth and stick it out without making too many decisions you’ll later regret.

The second thing that has helped is the practice of counting your blessings. Here, I’m reminded of research from a book called Redirect I read last year. In one study, people were asked to write about how they first met their spouse or about how they might not have met their spouse. Those who recounted the stories of meeting their spouse didn’t experience any change, but those who wrote about how it might not have been felt much happier and more grateful for their relationship. Sometimes you have to imagine how things could have gone wrong to appreciate what you have. Instead of waiting until you lose something to value it, you run a mental simulation of the loss and get a lot of the same reactions. Except, of course, that when you’re done imagining the loss you get to come back to a reality where you still have the thing you imagined losing. Have your cake. Eat it, too.

And the reality is that my life is, for the most part, really good. My family is free of debilitating illness, we live in a nice neighborhood with great neighbors and a great school, I have a job, and I can imagine things getting better one day soon. I have plenty to be grateful for, as long as I put some sincere effort into gratitude.

But there is one danger that I have faced as I go through my own little series of unfortunate events. The one loss that I believe would be nearly indelible would be missing out on my kids’ lives because I was working too hard to pay attention, to be involved, and to give them my energy and passion. And, until just a few weeks before reading VanDenBerghe’s piece, that’s exactly what I felt like I was doing. 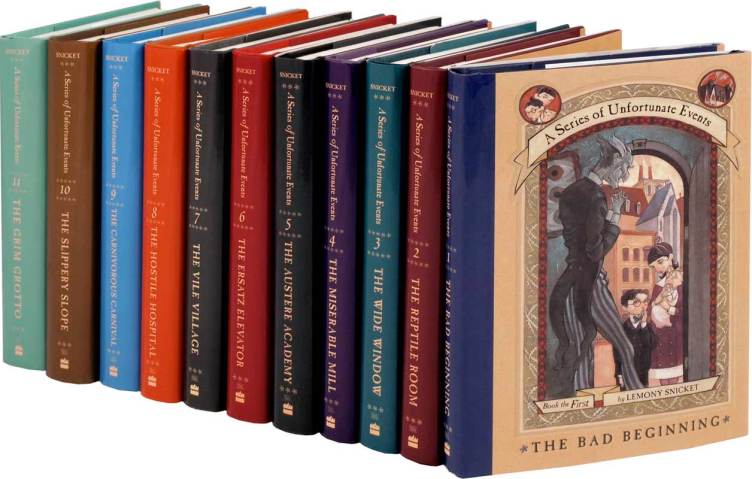 Lemon Snicket’s “A Series of Unfortunate Events” is not my life story, but there are days when it feels like it is.

My wife and I both work pretty much around the clock. Chores don’t get done, meals don’t get made, family activities don’t happen, and the kids are sometimes a little more free range than optimal. We’ve been in a kind of survival mode for years.

But I decided nothing is worth missing out on these years. I started quitting work when my kids got home and forcing them to play soccer with me outside. I also gave in to their constant demands to tell them a story every night, and thus began the epic tale of Jesz and Kai. (They have defeated Blue Wing and Red Belly, but ten of the Dragon Master’s twelve dragons remain, so the kingdom is a long way from being freed.)

Our family situation has not gotten measurably better since then. In many ways, we’re worse off than ever. But the bitterness and resentment that I had felt growing are basically gone. My kids are saving me.

It’s not a miraculous, one-time turn around. I have a good parenting success, feel like a pro, and then start to cut corners and have what I refer to as “not an A+ parenting day.” There’s no happily ever after. There’s just this insight that the medicine of love and service works for only as long as you keep taking it. If I stop, the darkness swoops in again. But if I attend to the two little flickering candles of childhood in my life, I can keep the shadows at bay. I need my kids as profoundly as they need me, but in different ways. They need to be loved, taught, and protected. I need to love, teach, protect, and sacrifice.