Yesterday at a restaurant with my parents, I heard a nice bluesy instrumental over the audio system. I’m a blues fan, and liked it so much I flagged down the waitress to ask what it was. She went to check, and reported to our mutual surprise, that that particular song was “Slow Blues” by the Wu-Tang Clan!

I don’t know much about Wu-Tang or the ODB, but I’m familiar enough to know that this is not their usual genre. 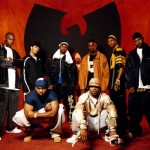 Most of their music, from what I can tell, is fairly explicit rap. I imagine their CDs (if they still exist) would likely have the parental warning on them. If one of your kids came home with a Wu-Tang CD with the “explicit lyrics” warning, you might be concerned. (First question- “They still make CDs?! Why are you buying CDs?!”) Indeed, even if they explained they’re only listening to the blues song, it still might be of concern. Selective listening gives a misleading impression of the whole of their œuvre.

And yet, this is exactly what we do with our scriptures by reading selectively, particularly here in Ezekiel. We avoid the challenging stuff, and focus on those bits that seem relevant. We’re reading the “instrumental blues” of Ezekiel, and ignoring the less savory or challenging parts.

This is an example of how extreme selectivity can distort, as with Ezekiel, and other parts of Church curriculum. For example, I’ve had a wry grin all year that we’re studying Joseph Fielding Smith the same year we’re doing Old Testament. He had strong and frequent opinions about the Old Testament… and I’m extremely grateful we’ve heard nary a peep about it. To understand Joseph Fielding Smith on the basis of the selections of the Teachings of Joseph Fielding Smith manual is to have a fairly shallow and selective (but “relevant”) understanding of his teachings. Imagine an alternate universe in which The Teachings of Ezra Taft Benson did not include a chapter on the Book of Mormon, but substituting instead a chapter on the necessity of physical exercise. Yes, maybe he said a few things about exercise (honestly, I don’t know, I made up the example), but it certainly wasn’t one of his main preaching focuses. Such a manual would be a distortion of sorts. These manuals, by stripping out all context, also strip out much that is good and useful. Reading a random General Conference talk, we can often tell who is speaking without looking at the author, based on their chosen topic, style, and character. But in their disembodied form, who can tell?

Now in fairness, with limited time, a teacher or lesson writer must be selective. Historians, too, by necessity are reductive. We focus on what is most relevant (however defined for the need at hand) and what we have time and space for. I have felt that frustration myself in having to prioritize some things over others. But the answer here, is to realize that the Church and Church materials are not the primary source of our learning. At least in the English-speaking world where abundant material is available, we in our personal study ought to be reading broadly and deeply enough to know what has been left out of the manuals, at least in broad strokes, reading all of Ezekiel, not just the prescribed chapters.

And yet, because of the lay nature of Mormonism, not everyone feels that they can or should read broadly. If I can choose one example to the contrary, my Dad recently retired, and has set himself the goal of reading through the entire Old Testament in the Jewish Study Bible this year, including notes and essays. He happens to be a Stake President, and has informally mentioned what he’s doing over the pulpit and in meetings. In doing so, he provides a model of broad and faithful “reading out of the best books,” and thus can recognize and avoid the distortion of extreme selectivity.

← Announcing the BYU & Maxwell Institute 2015 Summer Seminar
When to Disobey →

7 comments for “Short Musings on the Wu-Tang Clan, Ezekiel, and Church Curriculum”